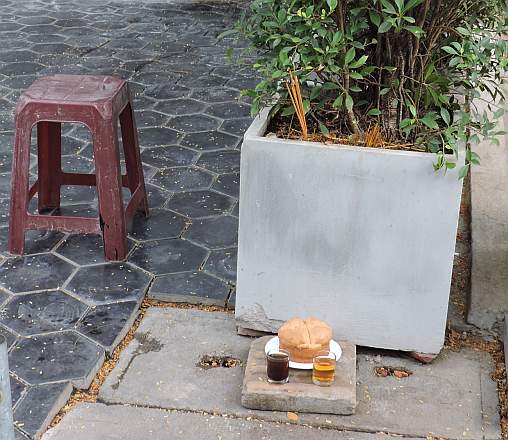 Spirits are a big part of life in Cambodia and the basic stance is to keep them happy.  First, you honor and respect the spirits of your ancestors and provide what they might need in the spirit world.  Then you placate–or buy off–the less friendly spirits.  Some spirits in this neighborhood are rather well taken care off:  they have incense above and then a cake and glasses of maybe coffee and apple juice arranged for them. 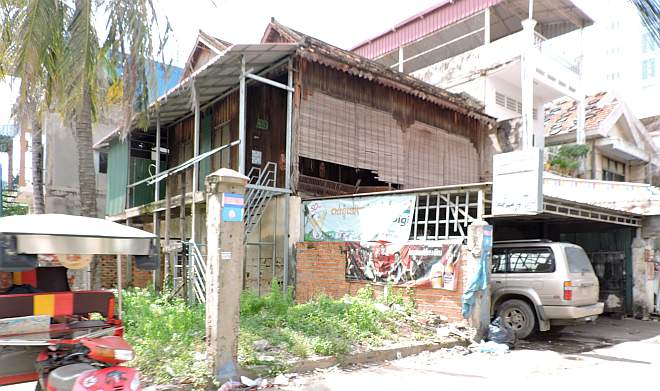 This is an old traditional wooden house a block from the Maryknoll office where I live.  There aren’t many of these left in the city where they have been replaced by concrete dwellings or even by multi-story apartments and office buildings. 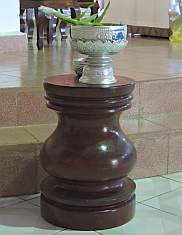 I did a series on the uses of luxury woods in Cambodia in February and then decided I had said enough about that for a while.  But when on the priests retreat recently, I noticed how much luxury wood was used in the church in Sihanoukville.  Click here to see some photos from the sanctuary.  Scroll down to No. 12. 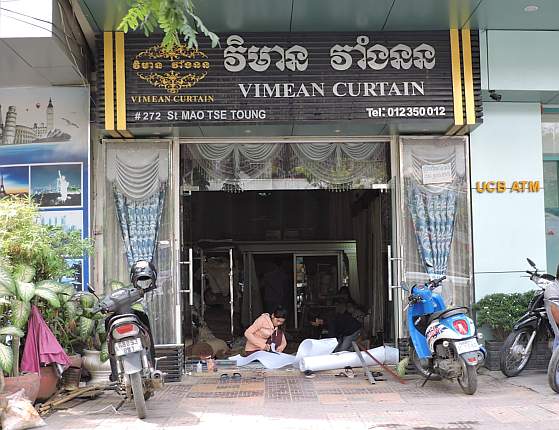 This woman working in a curtain shop illustrates a cultural aspect of life in Cambodia: much of life here is lived on the floor.  Poor rural families could not afford tables, chairs, etc.—and didn’t have houses that would support furniture (remember most of the houses were bamboo slat floors on frames up on stilts)—and so the people cooked, ate, slept, played, and worked on the floor.  Those people moved to the city and continued the same life style so that it is common to see people sitting on the floor doing any number of different jobs. 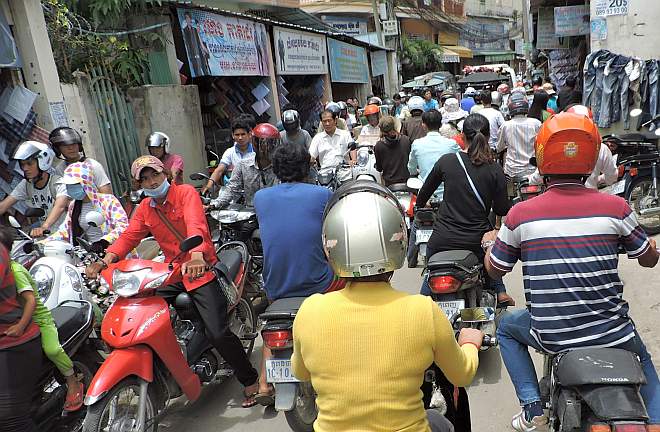 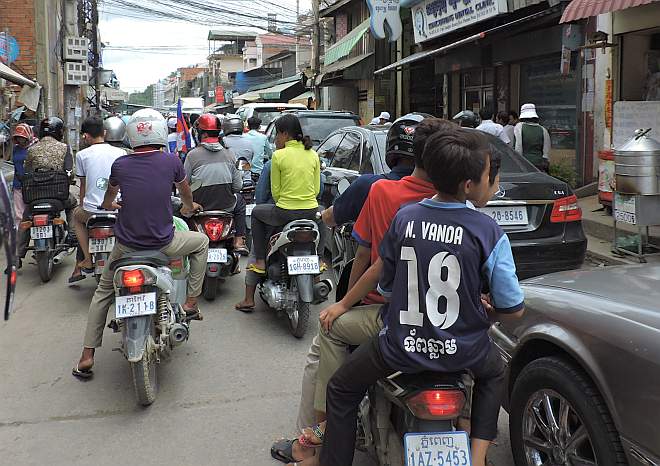 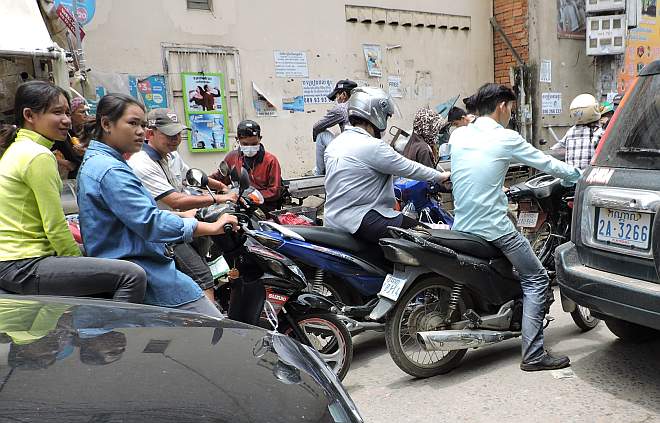 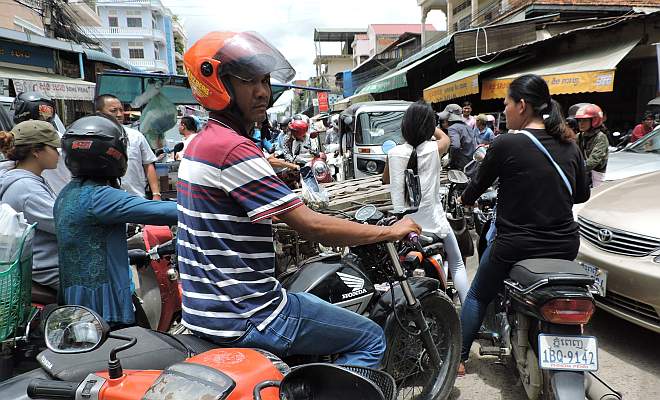 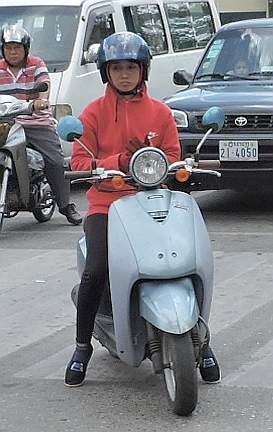 This is the hottest part of the year in Cambodia.  Temperatures are routinely in the high 90ºs and low 100ºs F.  The AccuWeather RealFeel is daily from 100º to 115º.  And then you have the young women who cover up as completely as possible to avoid any sun reaching–and darkening–their skin. 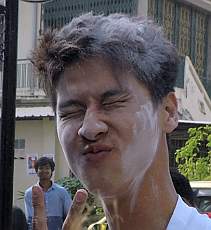 I was surprised, the day after the official holidays ended, to see a lot of vans full of people returning to the provinces.  The night before thousands had made the opposite journey back to Phnom Penh.  Click here and scroll down to #5 to see the early morning departures. 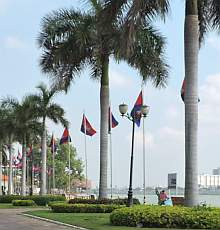 Away from the tourist areas and the official celebrations, observance of the Khmer New Year took on a more laid back tone.  Click here and scroll to #4 to see the photos. 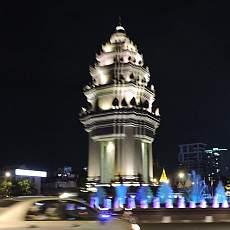 Most shops and businesses were closed Friday, Saturday, and Sunday because most of the people were gone.  But for those who stayed, there were still things to do.  Click here and scroll down to #3 to see some of the Khmer New Year city scenes. 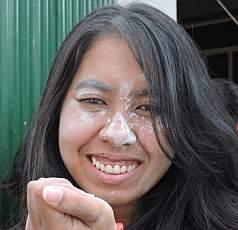 Before the deaf people and their families returned to their traditional villages to celebrate with their elders there, the Deaf Community Center had a celebration for all the deaf community the Sunday before the New Year exodus began.  Click here and scroll down to #2 to see the photos.