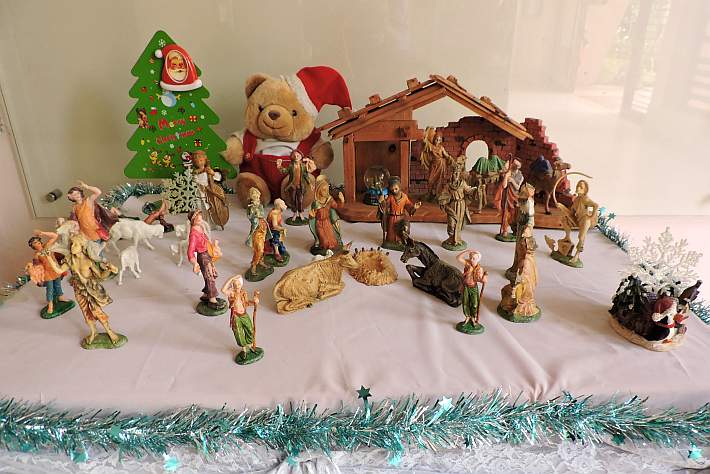 In this Buddhist country, probably a good number of people would know that Christmas is the celebration of the birth of Jesus—but they wouldn’t know much about who Jesus is.  And the greatly larger portion of the population would associate Christmas with Santa Claus and Father Christmas rather than with Jesus.  Santa Clauses are everywhere.  They sell things.  Jesus is nowhere to be seen.

Some church groups get caught up in this cultural confusion.  At the Catholic school where I have mass on Fridays,  they contribute to the confusion with this nativity set to which a Christmas bear and Father Christmas have been invited.  Maybe I should be satisfied that at least the manger is still empty.