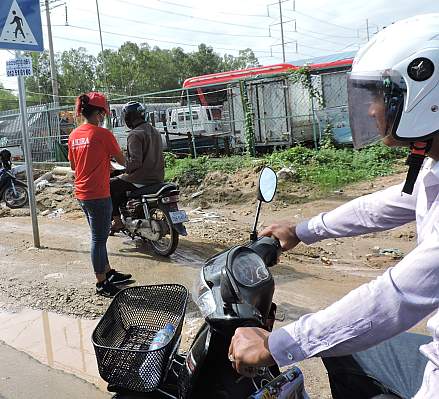 Here the young woman in red (and three other unseen compatriots) pass out paper advertising fliers to motorcyclists stopping for a light at an intersection. 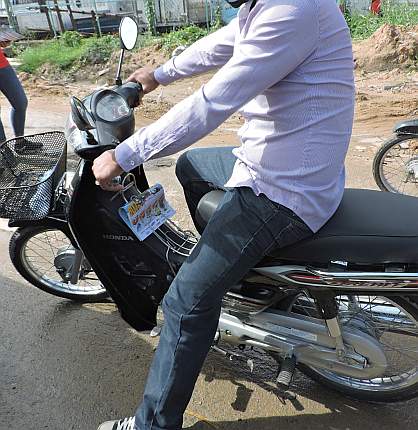 The anomaly is that no one throws them on the ground!  This man has folded his and put it in the rack on his bike.  This goes against everything normal in Cambodian culture.  People throw trash on the ground and out of car windows all day long.  People at restaurants throw straws and white crumpled paper napkins on the floor or on the ground until the area under the table looks like a snow-covered field.  But in this one case, at the stop lights, people don’t throw the papers down even though it’s something they basically probably don’t want.  Strange….