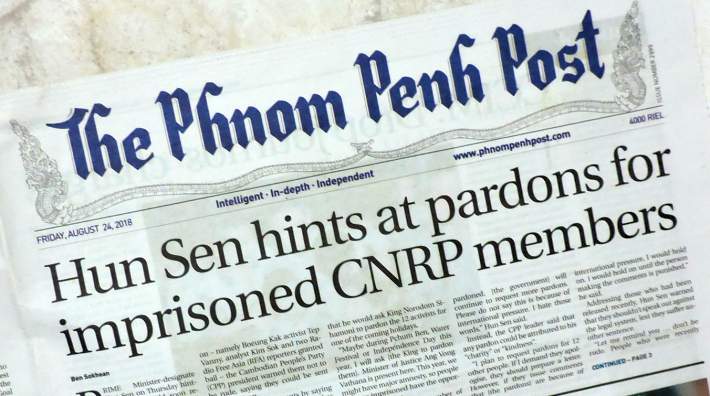 Last month Prime Minister Hun Sen’s Cambodian People’s Party won all 125 seats in the legislature.  That would be a truly remarkable accomplishment in a real election in a real democracy.  But the CPP didn’t play by the normal rules.  First the leadership of the Cambodia National Rescue Party (CNRP) was arrested and jailed or forced into exile.  Then the party itself was declared illegal and dissolved.  Since the CNRP was the only strong opposition party, it’s no wonder that the CPP took all the marbles.

Hun Sen faced a barrage of international criticism for not allowing a free and fair election.  He anticipated that so in the eighteen months before the election, he encouraged (maybe even created) opposition parties which “contested” the election he won so handily.  Of course because they were small, new, and inexperienced—and so many, the nineteen opposition parties couldn’t capture much of the vote.  Hun Sen touted their participation in the election, though, to counter claims that it was a one-party election.

Another move after the election, to further counter the claims of a rigged election, has been to release the opposition members his courts had jailed before the election.  See the headline above.  The opposition leaders had been nullified during the campaign and now are no longer a threat so he appeals to the king to issue royal pardons and he thinks it makes him look good and “kind” (his word).  I think most people see through that ruse, though.