Cambodia has realized a new transportation mode in the last year and a half or so.  Phnom Penh is really weak on public transportation and so getting around has generally depended on motorcycle taxis (motordupes) or tuk-tuks.  But now a new vehicle has appeared, what is called an autorickshaw in India where I first used them.  It is a small three-wheeled vehicle mostly enclosed.  What has made them so attractive since their introduction has been the hailing system–a smartphone app that usually brings a PassApp within two minutes–and their cheap prices.  They are cheaper even than a motorcycle taxi and what is so great, the fare is calculated on the smartphone so that you know exactly what you need to pay and there is no need to haggle with the driver.

That’s the good part.  Generally I have found the drivers exceptionally polite and efficient, but last Friday when I was returning home, I engaged a driver who seems to be a real cheat and who took me way out of the way.  What is so weird is that the journey is recorded on a map which is sent to the telephone of the customer so I can easily show how he cheated me. 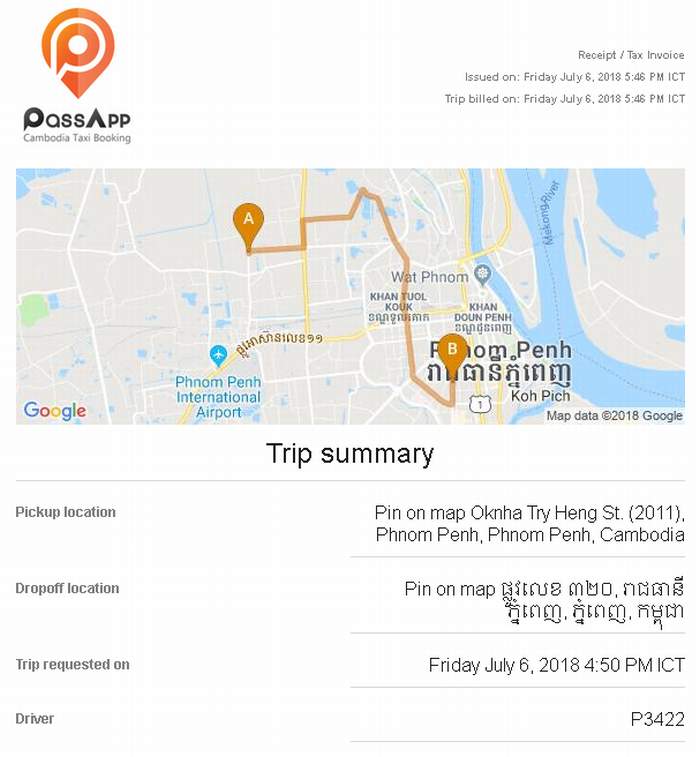 I left Point A and should have traveled east before turning south to the Maryknoll office. Instead the driver turned north, clearly shown on the map, and added approximately 25% to the fare.  I had ridden the same route three times previously in a two-day period so I knew what the fare should be.

I contacted the PassApp company and they promised to deal with the driver, implicated by the receipt with map that his phone sent to me!