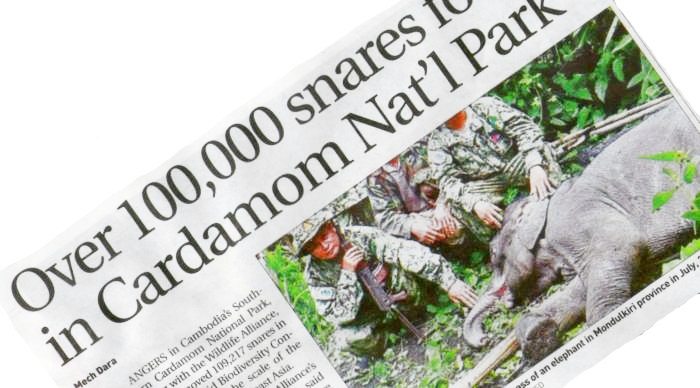 A distressing article in The Phnom Penh Post reported that more than 100,000 snares were found in one national forest in Cambodia over the last six years.  An official estimated there were at least twice that many that they did not find.  The snares–used because they are easy and inexpensive–kill animals indiscriminately and the toll is especially bad for the endangered species.  Part of the reason for the destruction of the wildlife is cultural–some groups literally don’t know any better and just keep hunting the animals as their people have for centuries; another part is economic–there is a thriving market for wild animals shipped to China and Vietnam and other places; and part of it is governmental–the government has a very poor record of enforcement of any type throughout the country (unless the target is seen as an opponent of the ruling party in which case a perverted “justice” is swift and overwhelming.)