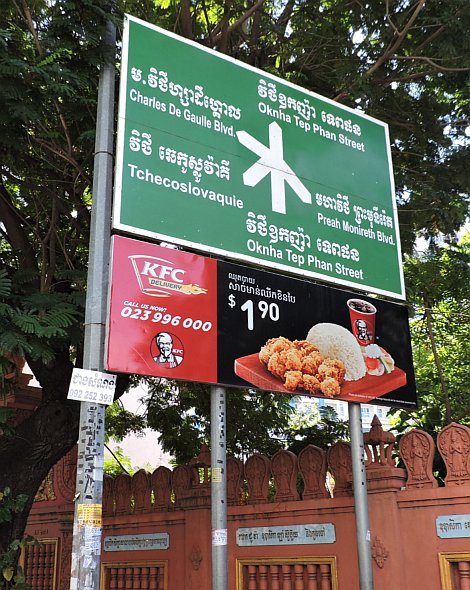 Cambodia is a mix of cultures in some ways.  Look at this street sign.  First of all, the modern-type of highway sign for controlled access roads contrasts mightily with the chaos of Phnom Penh streets with their thousands of motorbikes, cars, food carts, bicycles, and pedestrians, each going his own way and doing his own thing.  Then there is a mixture of languages on the sign: Khmer script and English language script.  And beyond the Charles de Gaulle Blvd name, there is the French spelling of “Tchecoslovaquie” for Czechoslovakia.   And then there is the KFC culture imposed over everything else.  The Kingdom of Wonder….