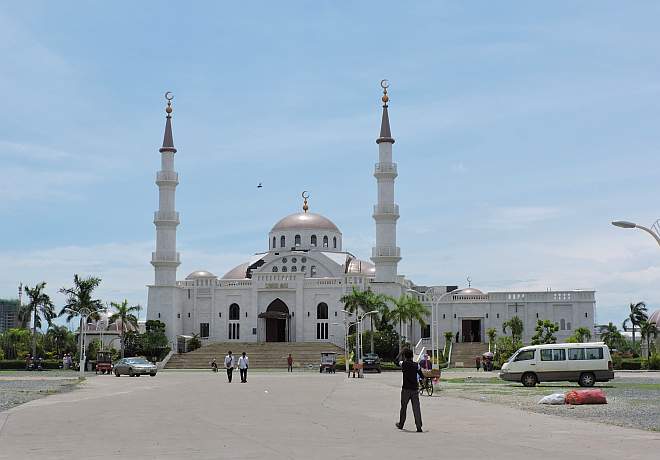 The Muslim community is a significant part of Cambodia’s population.  Their numbers are not large, less than 10%, but they have figured greatly in the history of the region through the centuries.  The Cambodian Cham ethnic group is predominantly Muslim and there is even a province named Kampong Cham.  The Muslims are not so noticeable politically but they do have a good number of mosques in certain provinces, including this one in Phnom Penh.