There are about 125 killing fields in Cambodia, actual fields where the Khmer Rouge took people to execute and bury them in mass graves.  There is a large killing field near Phnom Penh and it is a place that the tour groups all go–and they should.

Many skulls of the victims are stacked in a large memorial stupa on the grounds of the killing fields.  Around the stupa are large, weathered pits were the bones were dug up. 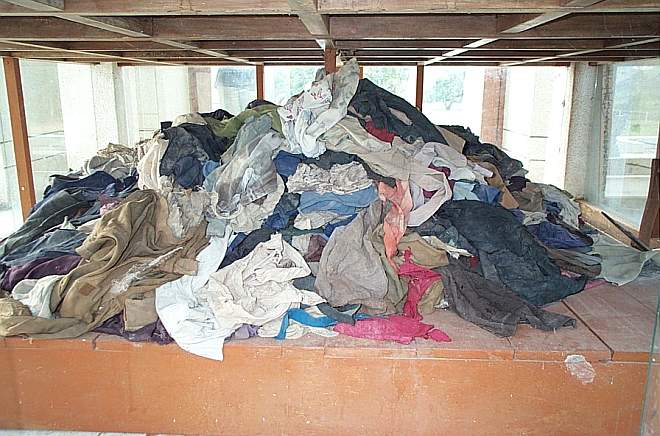 Some of the clothing of the victims has also been collected and is displayed on a wooden platform on one level of the stupa.  It looks like it was probably washed but is otherwise just in a pile as part of the permanent display.  And along the paths among the burial pits, more bones and articles of clothing keep working their way up to the surface. 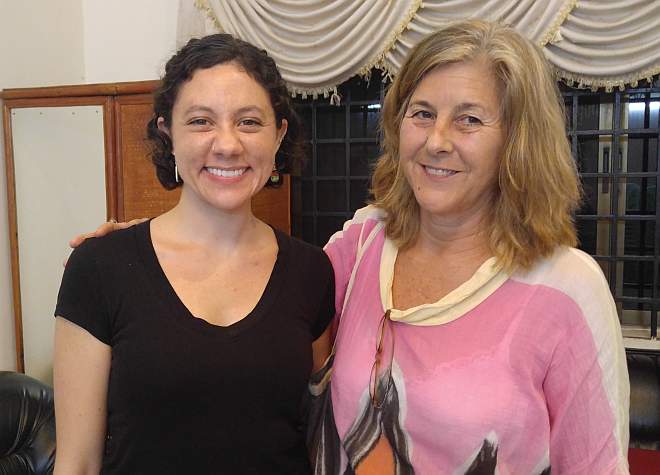 Only a small portion of the clothing from those executed is on display. Much more is kept in a warehouse and up to now has just remained there untended.  Now, though, through a program funded by the US Ambassador, Julia Brennan (R) from Textile Conservation Services, assisted by Jackie, a graduate student from the University of Delaware, will sort, analyze, and preserve the stored clothing for posterity as another  reminder of the Khmer Rouge era.

Today Julia and Jackie were part of the weekly Maryknoll Cambodia gathering in Phnom Penh.