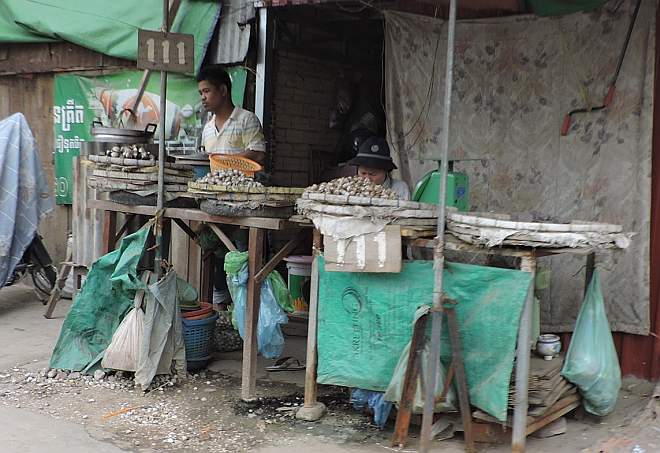 One of the minor anomalies for me in Phnom Penh is the location of a bunch of small shops selling mussels and clams.  They are located on the northern edge of the city, about as far away from the river as you can get, and I’m curious how they established that location for that product.  These mussels pictured are rather big compared to the thumbnail-size ones that are sold from carts pushed around the streets.  The small ones are a favorite snack of the locals.  I’m not tempted by the mussels and clams, partly because they are generally eaten raw and partly because they come from the Mekong River and I don’t want to even put my foot in that much less eat something that lives in it.  Phnom Penh is a city of more than a million people and has almost no sewage treatment.  Guess where the raw sewage goes?