Climate change may be a matter of debate in some circles but not in Cambodia. When I first came almost seventeen years ago, it was common wisdom that the rainy season started in May and ended at the end of September or early October. Then a few years ago I noticed it seemed to be raining later, even into late October and November. This year it’s still raining today, 14 December. 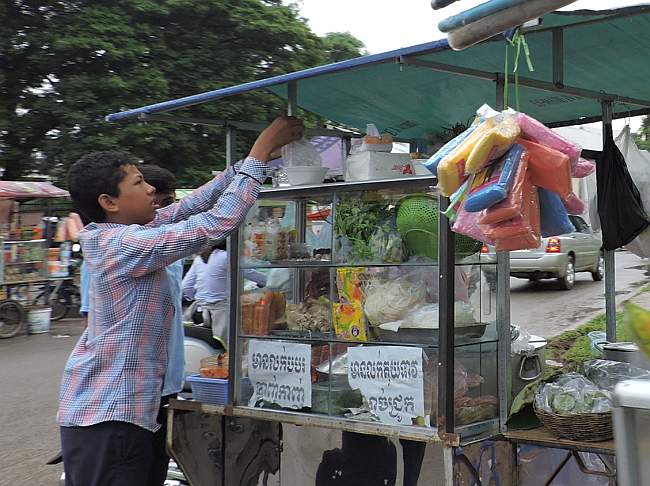 Cambodian people are not known for critical thinking and planning ahead.  Even in the rainy season, when it’s almost certain that it’s going to rain, many people are out without a raincoat.  Some forget them.  Many just can’t be bothered or figure the rain will stop before they leave work.  For those who get caught, cheap disposable plastic raincoats (the multicolored packages in the upper right of the photo above) are available for about 35¢.  This mobile hawker of food has some available on his cart, and the gathering of clouds brings out numerous offerings of the raincoats stuck on poles, hung from overhangs, canopies, etc., in many of the shops along most streets. 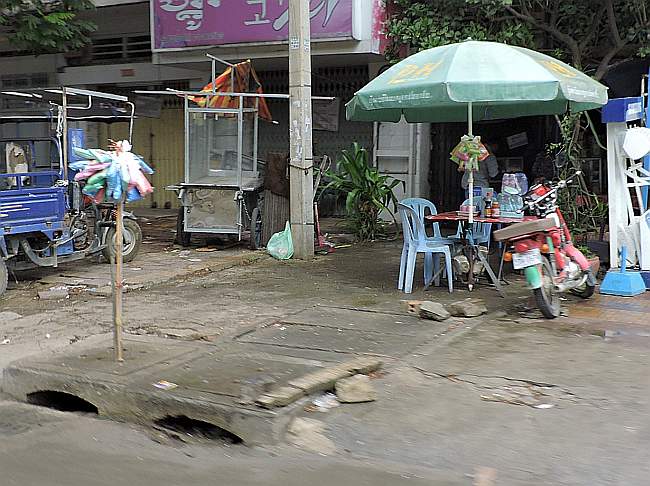 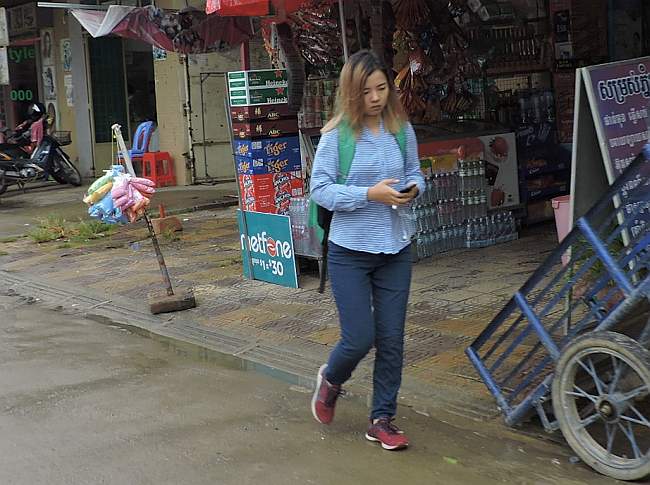 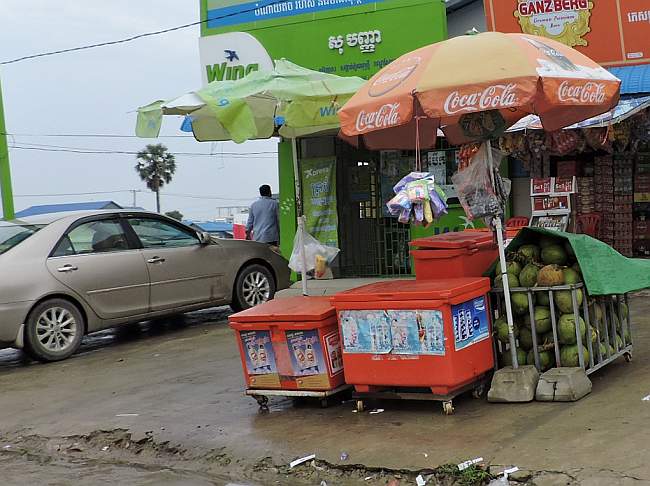