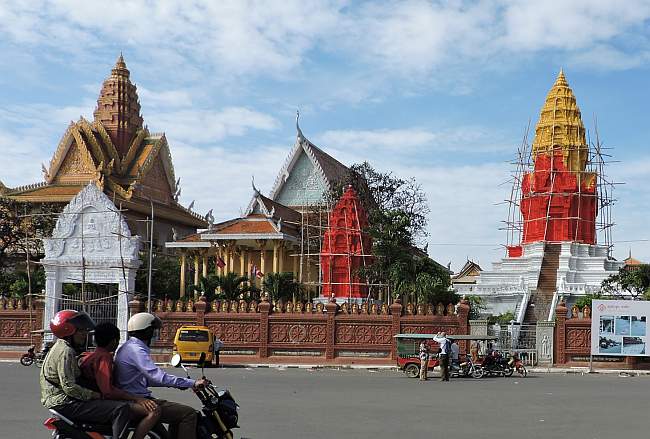 Buddhist wats or temples tend to have muted yellows and browns as the primary colors of their buildings; nothing too dramatic.  But today, going past this wat on the riverfront, I was surprised to see the white and rather garish red colors that have appeared on the gateway arch and on some of the stupas in which famous monk leaders and other dignitaries are buried.  I’ve never seen anything like the white and red paint in a wat.  I’ll have to ask what it means although it could be something as plebeian as an undercoating to prepare for later more traditional coats of paint.