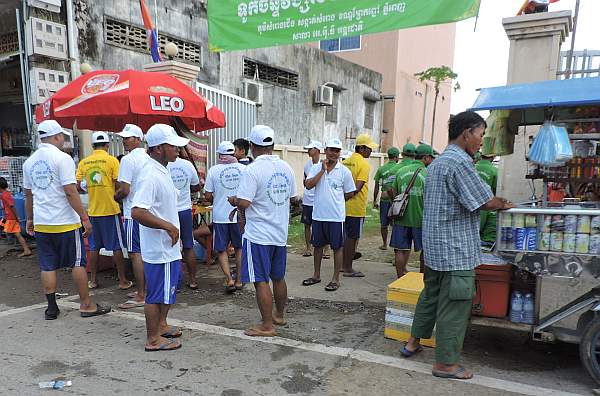 Today is the second day of the three-day Water Festival, the biggest holiday of the Khmer year after the New Year in April.  It’s had a rough recent history, due in large part to the paranoia of the ruling party which is terrified of any gathering of people it can’t control.   And this year about a million or so people from the provinces have descended on Phnom Penh to race their village boats in the Tonle Sap River.  I didn’t get too close to the crowds this year but passed these crews taking a break from paddling and waiting for the next heat to begin.

This site uses Akismet to reduce spam. Learn how your comment data is processed.