Jerry Bell, John Burke, Joe Graffis, and I have been schoolmates and colleagues in the priesthood for 55-60 years.  We went to the seminary in Louisville as high schoolers and have been friends and confreres ever since.

The Archdiocese of Louisville has recently supported and trained several Vietnamese seminarians, and a few weeks ago two of them were ordained as priests in Louisville.  Now they are back in Vietnam to celebrate first masses with their families and home communities, and Jerry, John, and Joe came to Southeast Asia to represent the church of Louisville.

But first they came to Cambodia to visit me and learn more of Maryknoll’s work in Cambodia.  Here are some photos from their first two days in the kingdom. 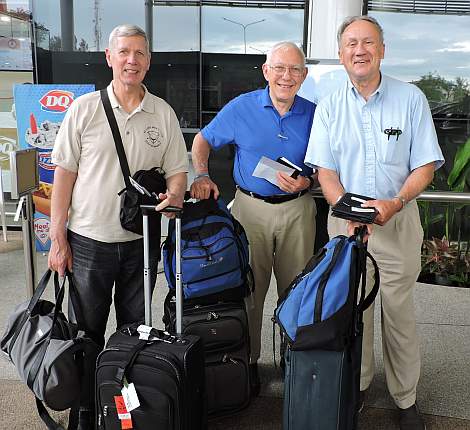 The priests of Cambodia were having their annual retreat this week but I came home a day early to meet Jerry Bell (L), Joe Graffis, and John Burke (R) at the Phnom Penh airport on Friday afternoon. 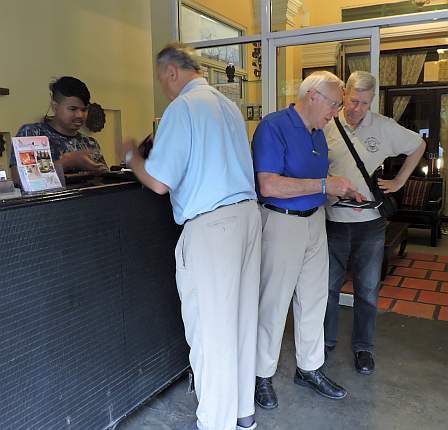 Our first stop was at the Goldie Boutique Guest House in Phnom Penh where they stayed.  Here they ready their passports as part of the check-in process.

They were plenty tired after a day and a half flying Louisville|Chicago|Doha|Ho Chi Minh City (Saigon)|Phnom Penh so after getting their rooms, we walked across the street to eat dinner, and then they went to bed. 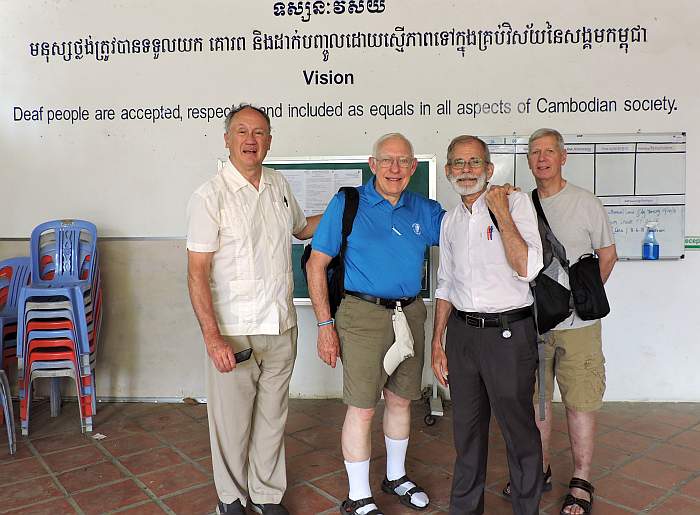 Saturday morning I picked them up and we took a tuk-tuk to the Maryknoll Deaf Development Programme office where there were some Deaf Community Center activities going on. 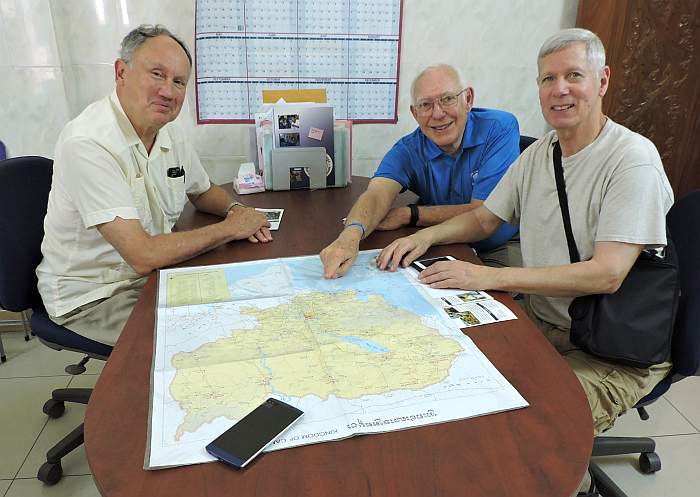 Then we met in Charlie’s office and had a chance to talk about Cambodian society, the situation of deaf people here, and Charlie’s work with the Deaf Development Programme. 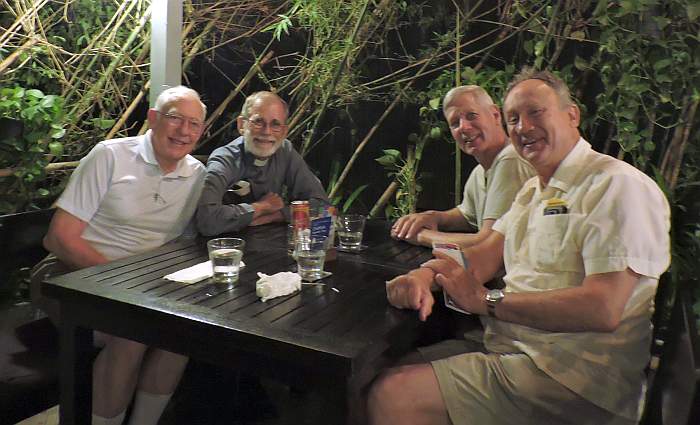 In the afternoon, while Charlie prepared for the evening mass, the three J-s went to Tuol Sleng, the genocide museum where the Khmer Rouge first detained and tortured people before executing them.  Then after the evening mass, Charlie met them again and we went to Friends for dinner. 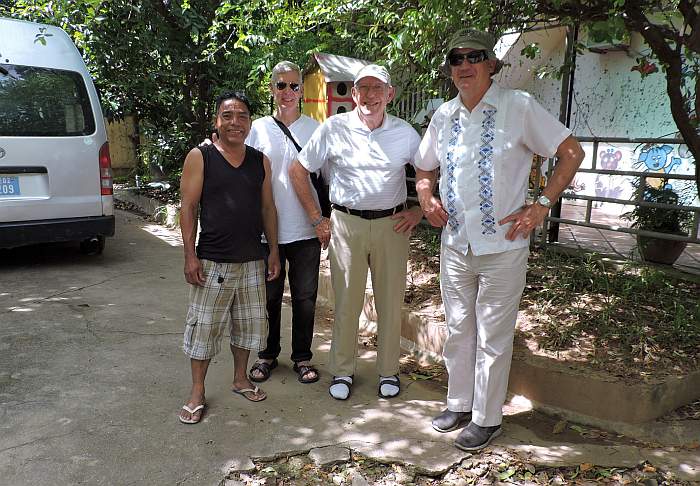 After Sunday morning mass, we ate lunch and then headed out for an afternoon of touring.  On the way we stopped at the Maryknoll project called Seedling which serves people affected by HIV/AIDS.  The Deaf Development Programme will move to this campus at the end of the year. 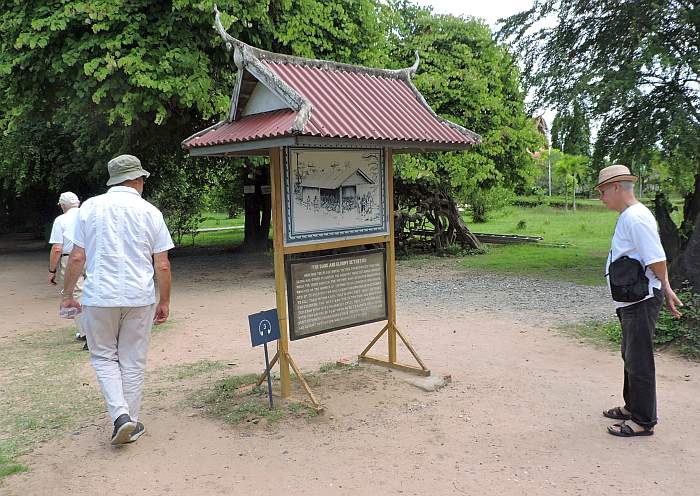 The next stop was the Killing Field outside of Phnom Penh.  Yesterday Joe Graffis, John Burke, and Jerry Bell visited Tuol Sleng where Cambodians were interrogated and tortured before being brought here to this Killing Field to be executed. 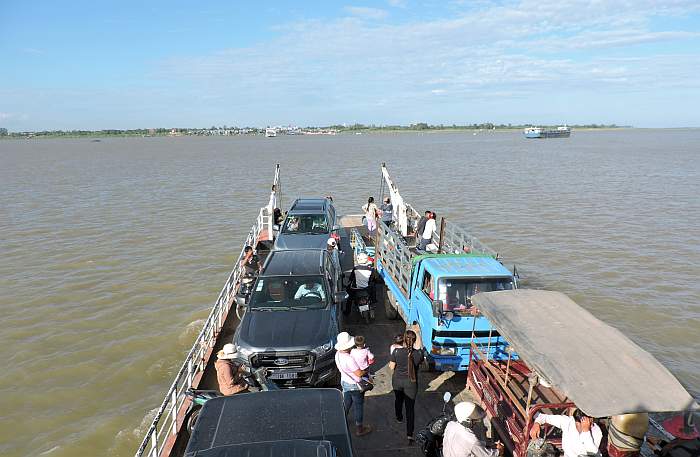 Then we crossed the Mekong River on this ferry, going to the mostly Vietnamese town of Areyksat visible on the far bank. 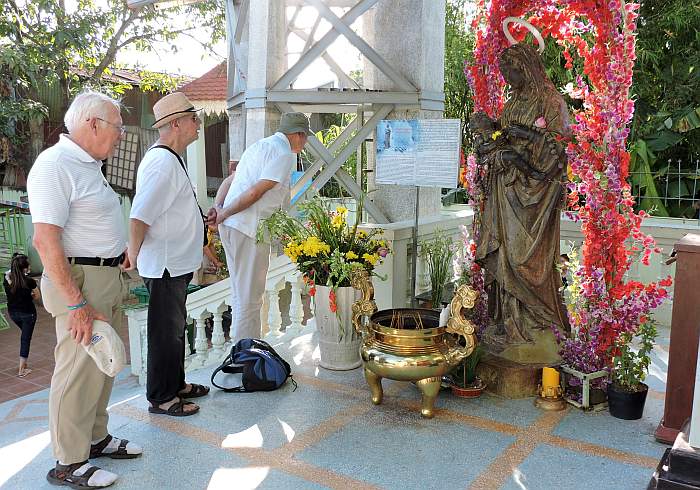 This is one of two statues of Mary pulled from the Mekong River mud in the past eight years.  They have become objects of devotion after a Buddhist fisherman dreamed about this statue and then recruited his son to go out into the river with him to look for it and retrieve it from the bottom. 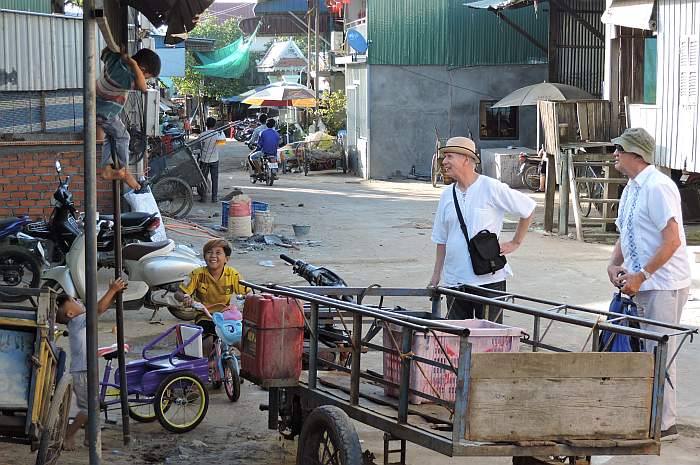 As we walked back to the return ferry, Jerry and John engaged with three little boys in Areyksat who wanted to show off their climbing and gymnastic skills. 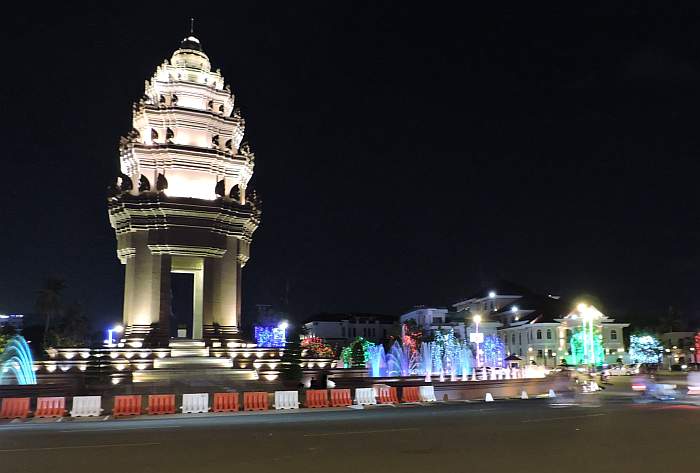 We got back to the hotel in Phnom Penh and then walked over to a restaurant near the Independence Monument and the prime minister’s house. 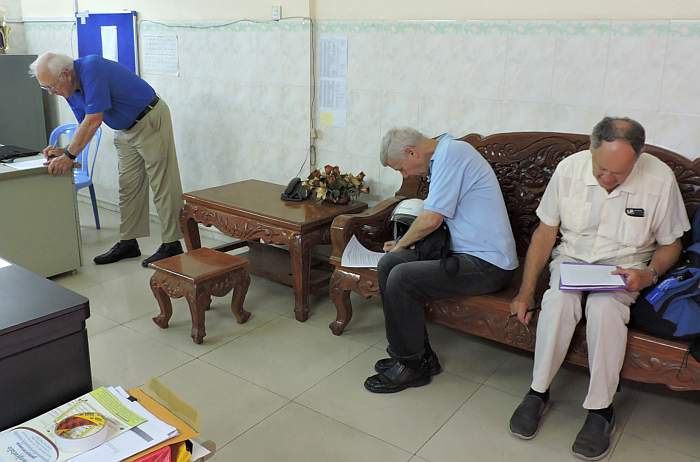 Monday morning saw another visit to the Deaf Development Programme.  This time, because the students were present, the three J-s had to sign a child protection agreement required of all visitors who interact with the deaf students. 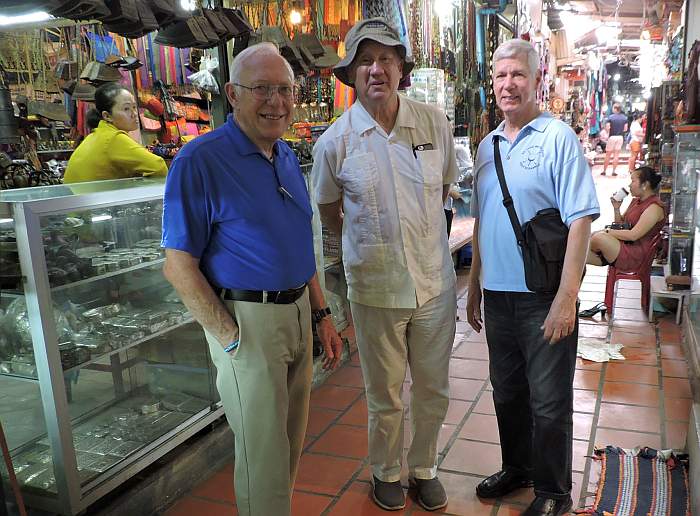 Then it was a quick walk-through of the Russian Market, just to get a slight feel for this part of Cambodian culture. 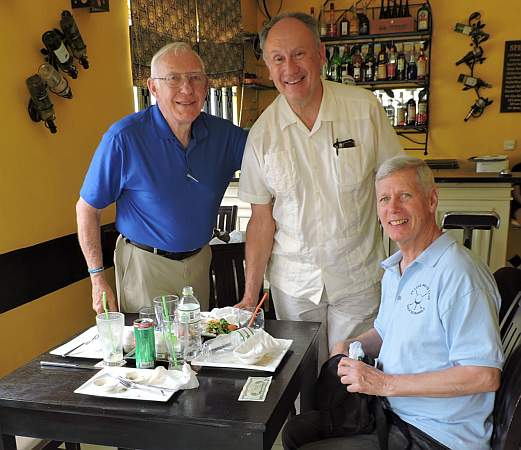 The trio were on a 2:15 PM flight to Ho Chi Minh City (Saigon) and would not be able to eat again till supper, so we had lunch near the Russian Market before heading to the airport. 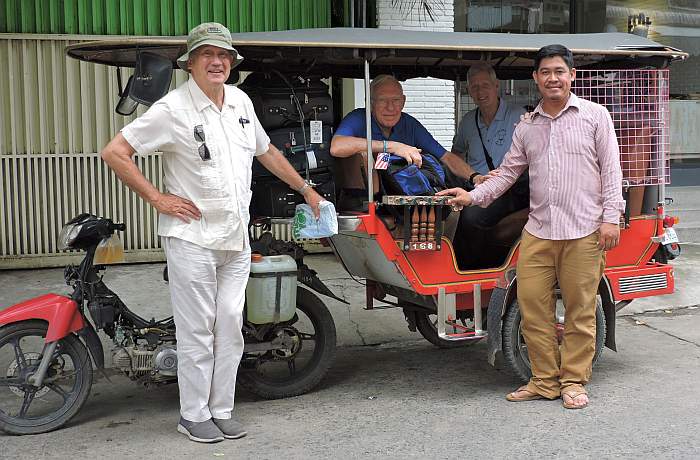 For a good part of their stay here, John, Joe, and Jerry rode a tuk-tuk driven by Savannaro, a deaf driver used a lot by the Deaf Development Programme.  He is a gentle, pleasant person and, more importantly, a good and cautious driver in the chaos of Phnom Penh streets.  He took us all to the airport where we had to say goodbye.