This time flying to the USA, I made different arrangements from what I normally do.  Usually I fly with United Airlines because I have frequent flier miles with them, but their service deteriorates noticeably with each trip, and other airlines are less expensive, so this trip I flew with Eva Air, the national carrier of Taiwan.  I flew from Phnom Penh to Taipei (avoiding the extra leg to Bangkok to pick up United there) and then from Taipei to JFK in New York City. 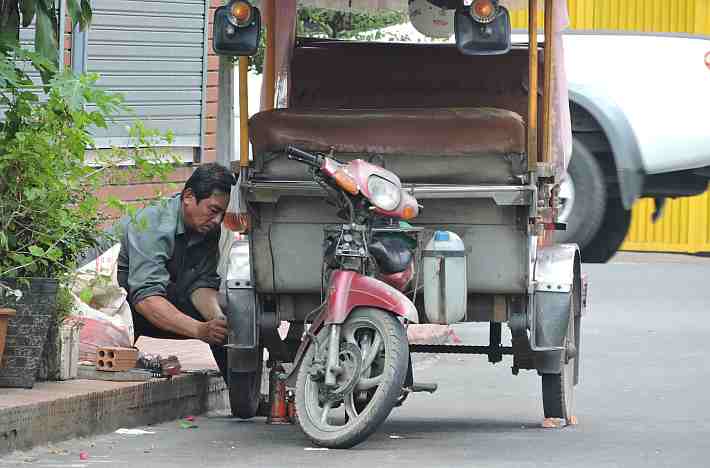 Today was the second day of the Pchum Ben holiday (the Cambodian equivalent of All Souls Day) and EVERYone goes to their home province to remember their ancestors with the whole family.  I was lucky to find one of our local tuk-tuk drivers who was able to take me to the airport; I was unlucky that he was repairing his tuk-tuk when I wanted to leave and I had to wait while he put a wheel back on. 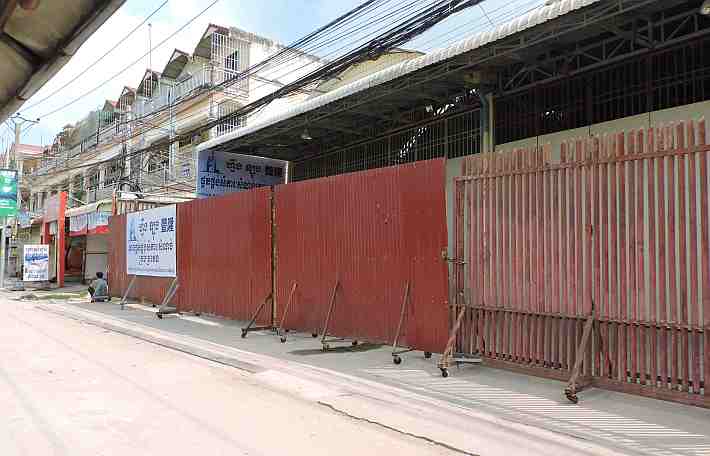 Almost every shop and store in Phnom Penh was closed for the Pchum Ben celebration. 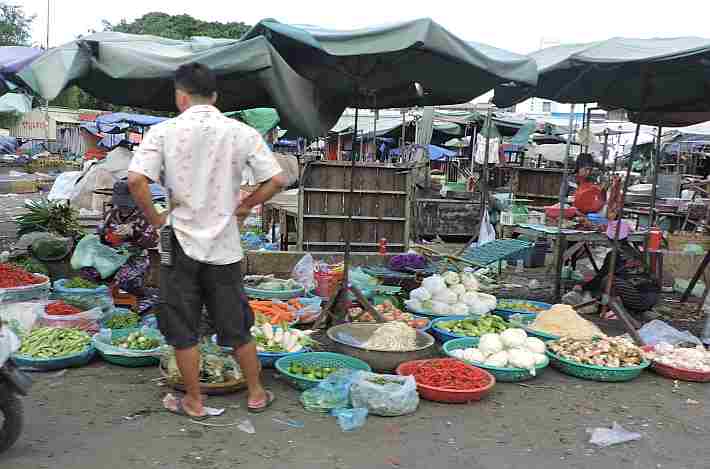 One exception to the shop closings was this vendor selling vegetables on the edge of an otherwise-shuttered market.

After getting to the airport I boarded Eva Air for the trip to the USA: