Today was a light day.  In the morning we had a tour of the Coliseum and the Forum, and in the afternoon we were free until a final dinner. 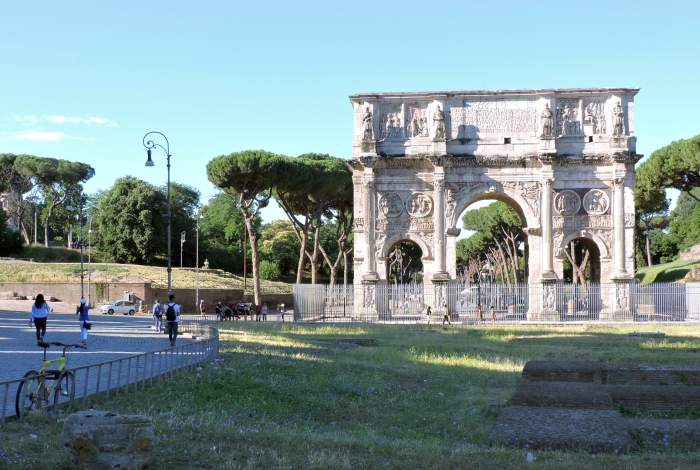 Our group’s meeting place this morning was the Arch of Constantine from the 3rd century. 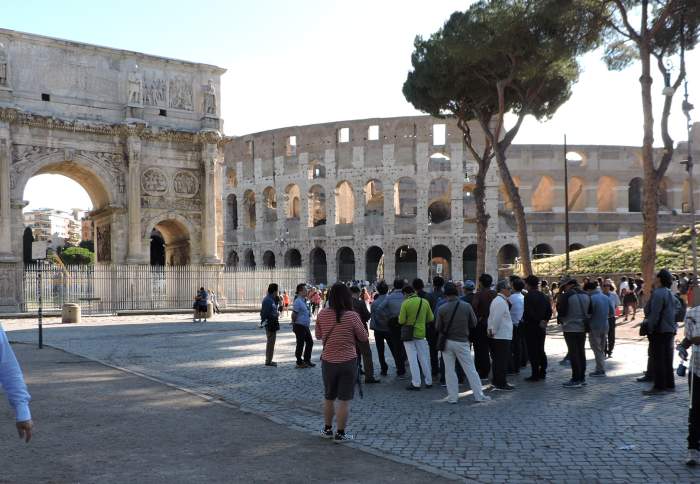 Most of Rome’s monuments and ruins–and they are all over the old city–are clustered so that it is easy to walk from one to the other.  Here the Arch of Constantine is right beside the Coliseum. 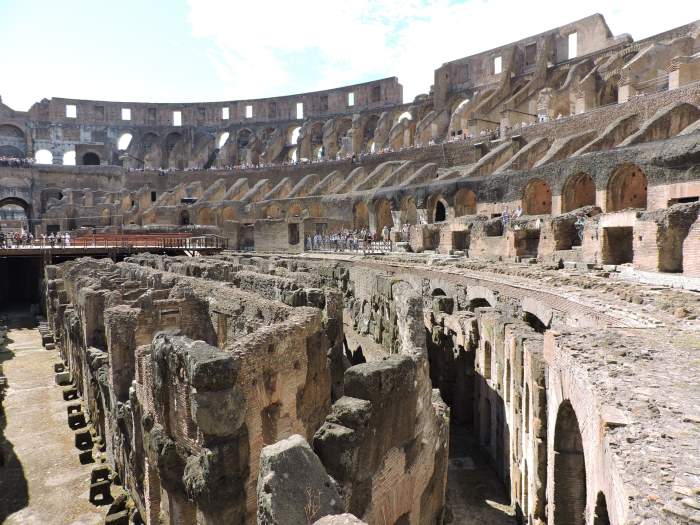 The inside of the Coliseum has some parts that are extremely well preserved and others less so.  Mostly visible now is the brickwork that was the core of the structure and which was covered by travertine marble which in the ensuing centuries was “borrowed” for the facades of other buildings. 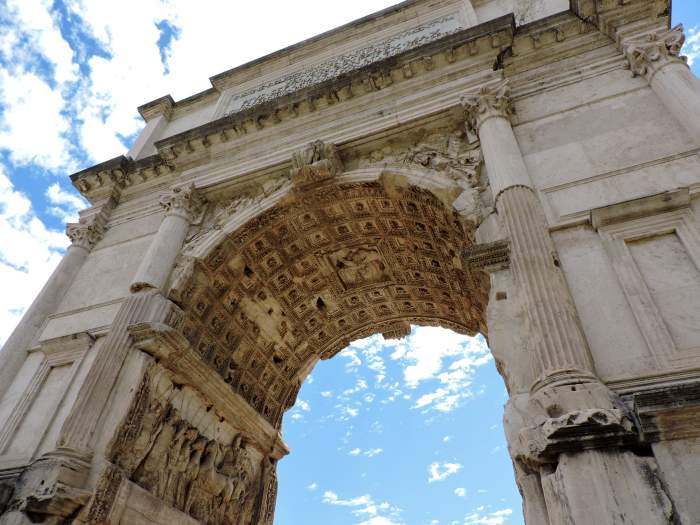 This is the Arch of Titus, constructed to commemorate the defeat of the Jewish rebels in Israel in 70 AD.  It has special significance for Christians because in the gospels Jesus mentions the destruction of the Temple in 70 AD and this arch was built to remember that. 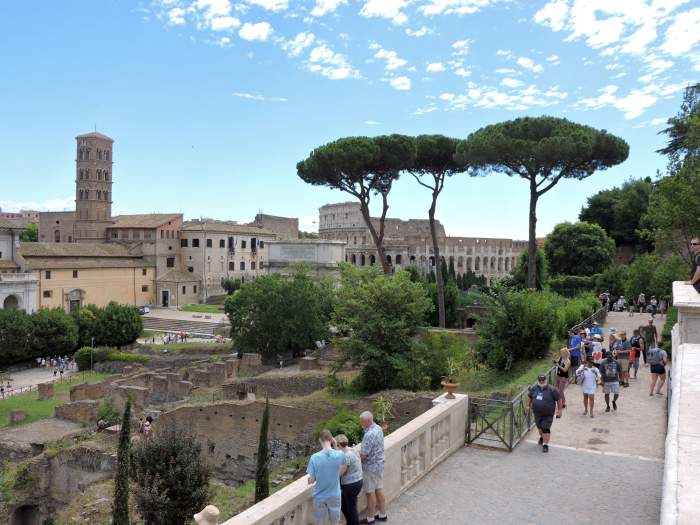 Then we walked through the old Roman Forum.  It would be hard not to be impressed by the magnificent ruins that are all that is left because they give a picture of what a glorious imperial city center was like 2,000 years ago. 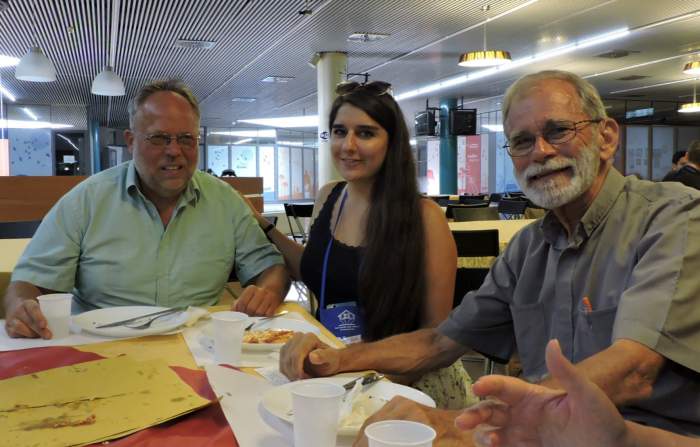 In the evening for our last event together, we had a pizza dinner near the Vatican.  I sat with a German deacon who is deaf and blind and the young woman who is his interpreter.

And of course the meal had its line of interpreters, always present when the deaf people need to communicate.