Today was the focal point and high point of the whole trip–our interaction with the Vatican through its high-level officials. Then we also interacted among ourselves with prayer, a panel discussion, and presentations.  The whole day was spent at the Vatican. 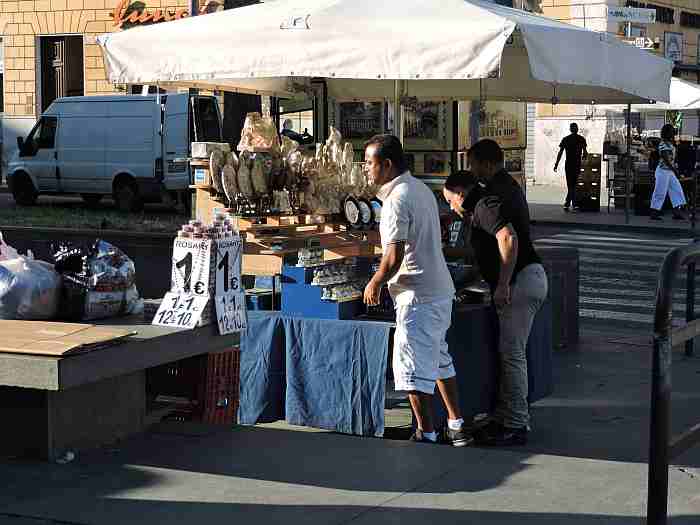 I was in a rush to get to the Vatican this morning because of bus delays but I paused to take some photos of the souvenir vendors setting up for the day. 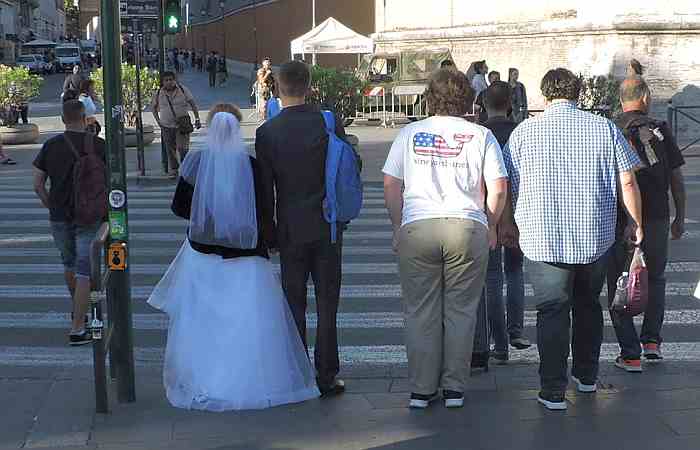 Pope Francis has a custom–I don’t know if it existed before him–of blessing married couples who were recently married in Rome.  After his public audience, he invites the newlyweds to come forward for their special blessing. 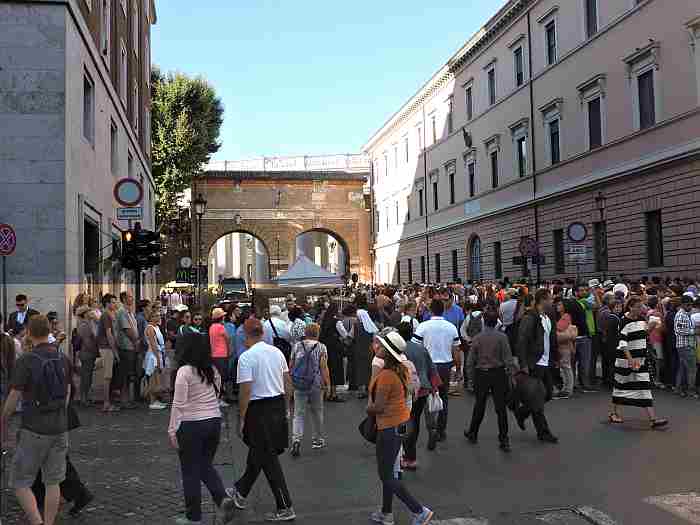 What the newlyweds probably didn’t know was the huge line that awaited them.  This is not the end of the line, but at this point these people are half a mile from the front door of the Vatican.  The Wednesday audience lines are notorious so that is probably why these people came so early. 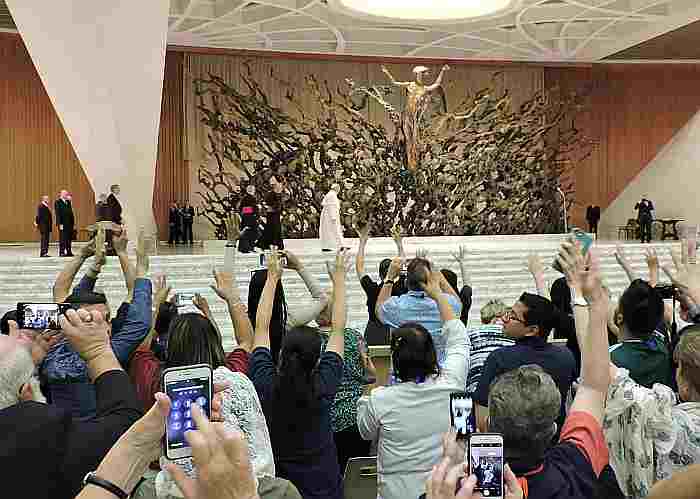 Our deaf group was granted a special private audience so we met with the pope for about 45 minutes before he went outdoors to the general audience with its thousands of visitors. 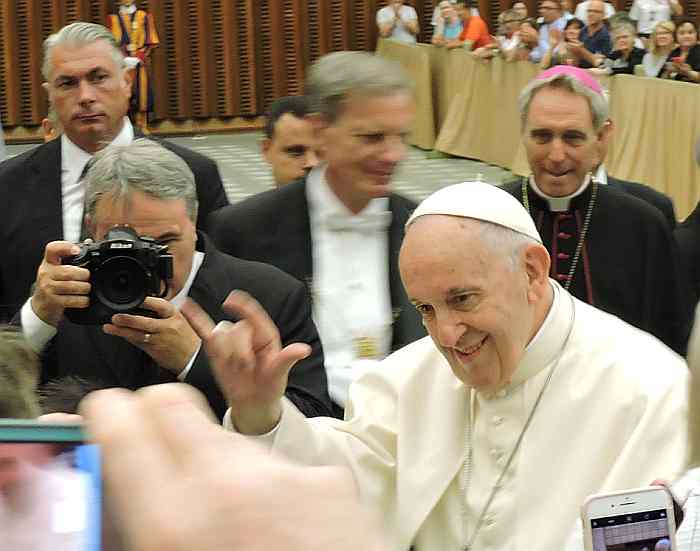 After the pope spoke for maybe five or ten minutes to welcome us, he then came down to greet people in person.  Here as he approaches some deaf people he uses the “I Love You” handshape which is a part of deaf culture around the world.  I took this picture as he came close. 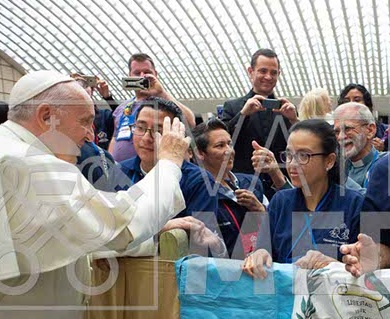 This picture was taken by the official Vatican photographers and it has their watermark on it.  I haven’t had time to order a proper copy of the photo so I am including it here until the other arrives.  That’s me on the right.  A sister who was interpreting sign language for Pope Francis mentioned to him “And there’s a priest who works in Cambodia.”  Pope Francis then looked up at me and said “Say hello to Bishop Kike” (who is a Jesuit bishop in northern Cambodia).  I gave the pope a thumbs-up and told him I would do that. 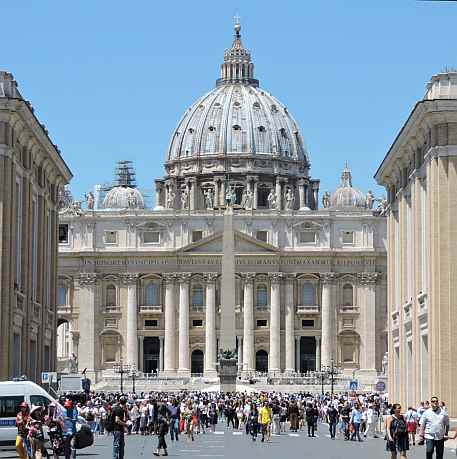 After the audience, the thousands of people who had been there for three or four hours poured out of St. Peter’s Square and went to get lunch. 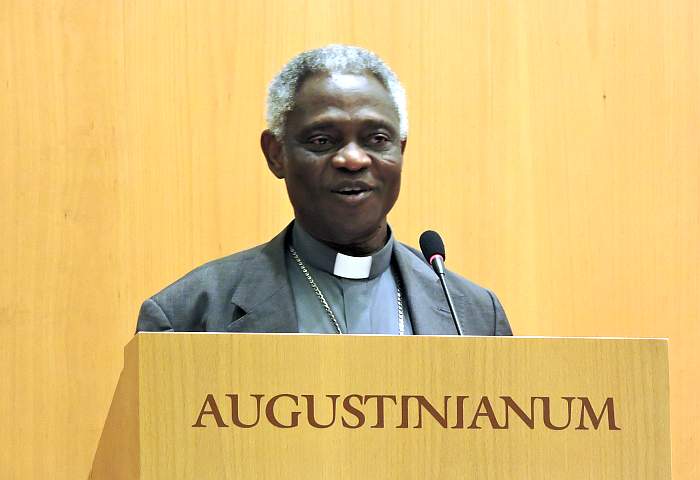 In the afternoon we were really fortunate to have some really important people from the Vatican come to speak to us.  This is Cardinal Peter Turkson who is in charge of the Vatican’s congregation on human development.

Next we had a panel discussion with six deaf people giving their thoughts and impressions about the state of deaf ministry in the various places they are from. 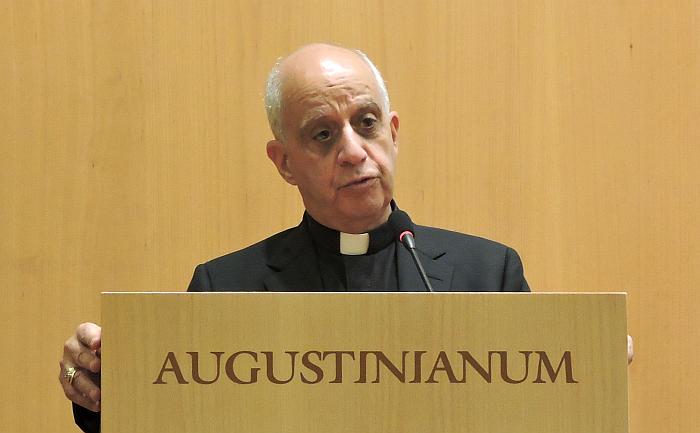 The last speaker of the day was Archbishop Salvatore Fisichella who runs the office for the new evangelization.  He and Cardinal Turkson are among the closest advisors of Pope Francis.  As one official put it, they are the people Pope Francis eats lunch with. 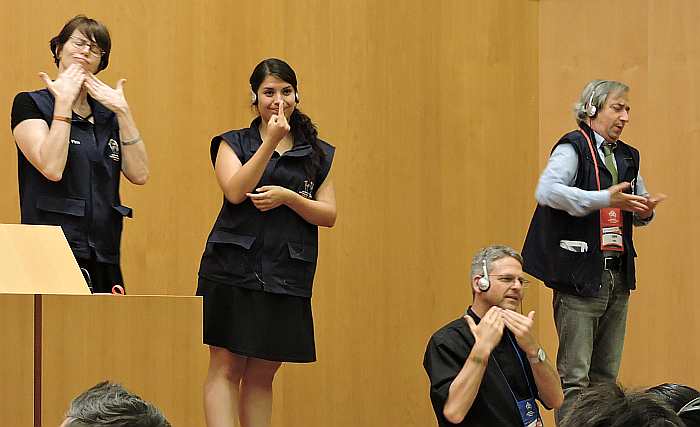 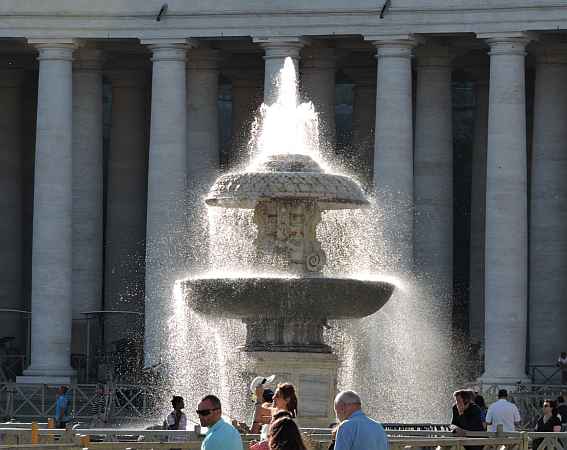 After the last presentation all of the conference attendees also headed home as the late afternoon sun lit up one of the fountains in St. Peter’s Square.