In the morning I went to mass at St. Mary Major Basilica and then in the afternoon I took a trip south of Rome to the ruins of the old Ostia on the sea coast.  Returning to Rome I detoured to the old Roman Forum on the way home. 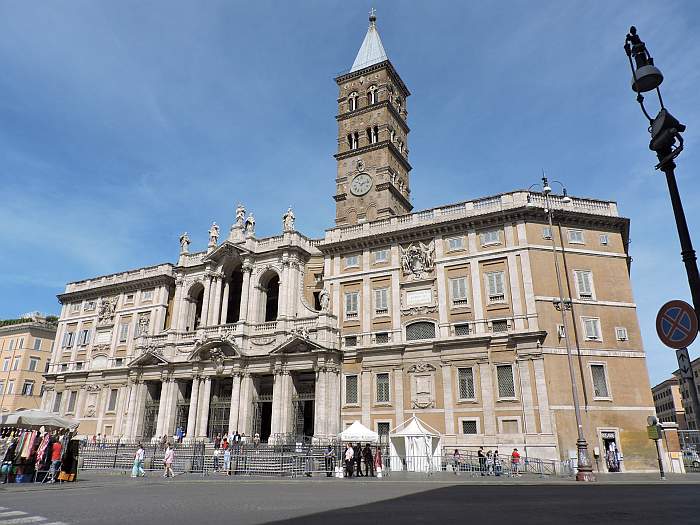 St. Mary Major Basilica early on a Sunday morning.  The white tents are for security personnel–armed with assault rifles–who x-ray all the bags carried into the church. 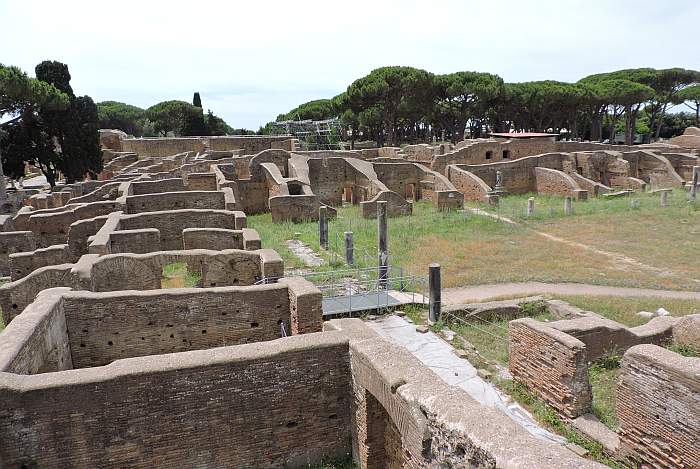 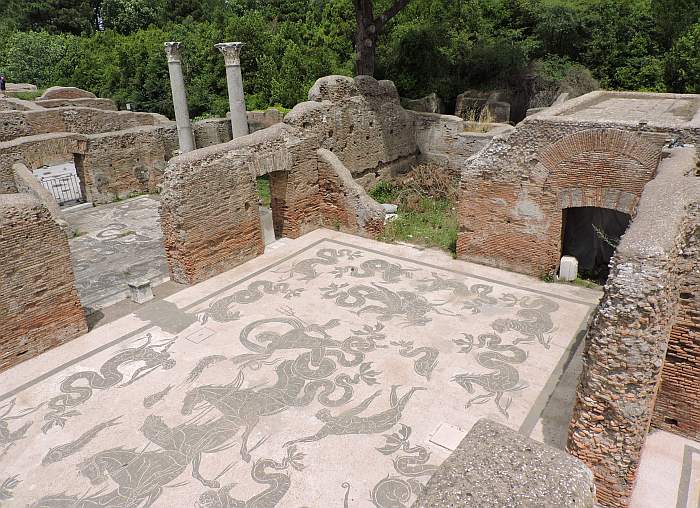 This is mosaic, still in very good shape after being exposed to the elements for 2,000 years. It was located on the floor of a public bathhouse. 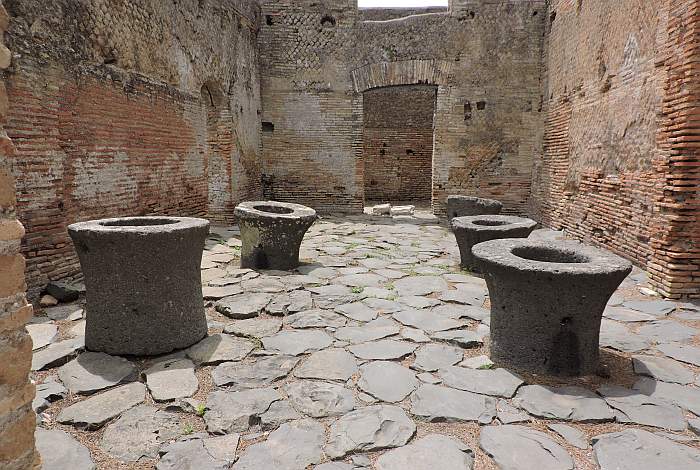 This what is left of a bakery. The round stone receptacles were for grinding grains to make flour. 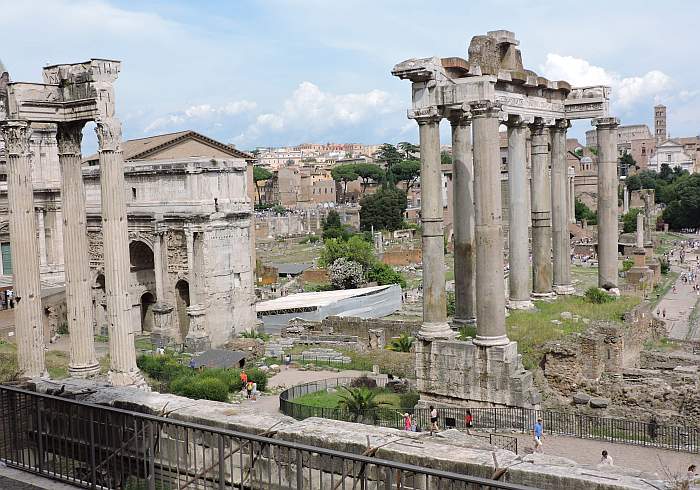 This a view across the ruins of the old Roman Forum. There is a lot of history here. 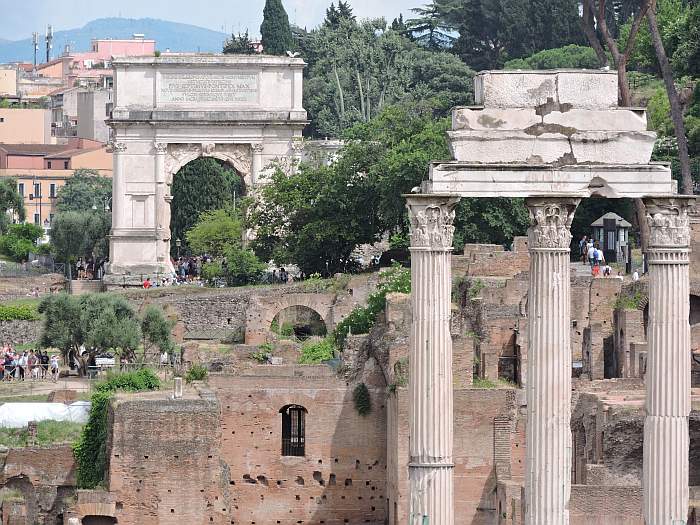 We studied a great deal in the seminary about the Roman Forum and it is fascinating with that background to see the actual places of Roman government and the area where Julius Caesar was killed. 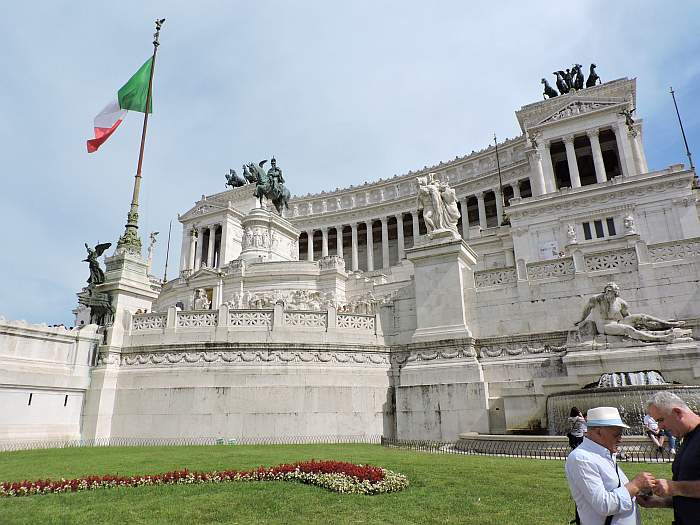 This is Italy’s tomb of the unknown soldiers and a military museum, done in a grand style.