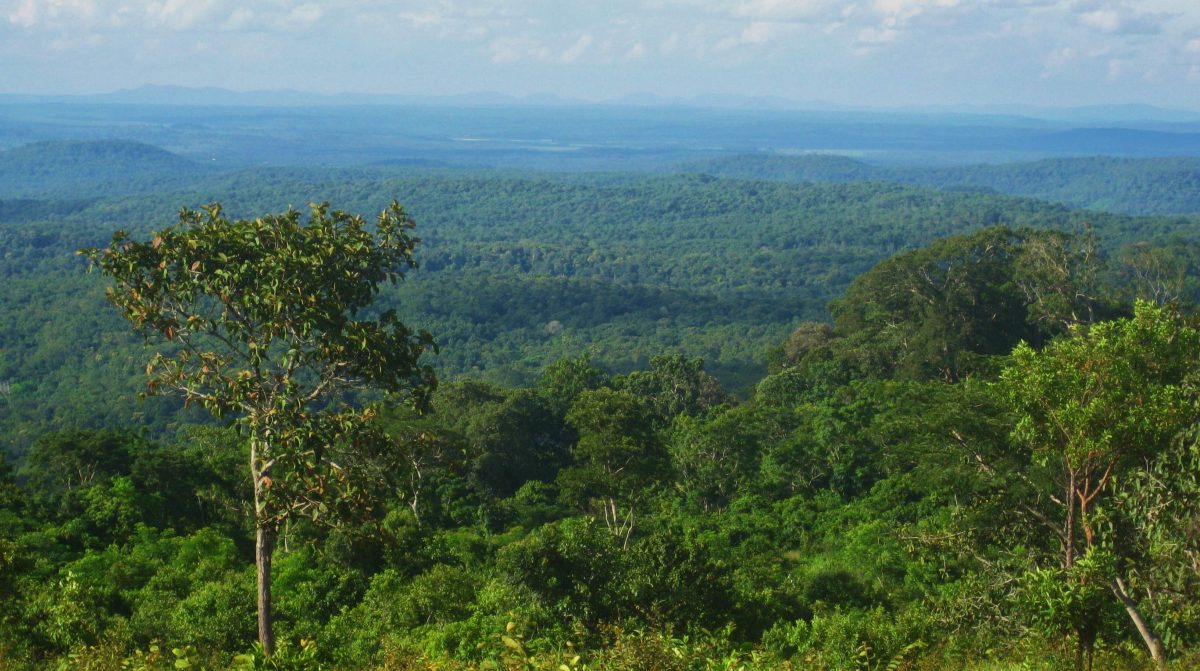 Cambodia in the last decades of the 20th century was one of the most heavily forested countries in the world.  That has changed dramatically.  The percentage of primary forest (original forest, never cut) declined from 70% in 1970 to just 3% in 2007, and 75% of the total forest has been lost since 2000.

Look at these NASA photos to actually see the level of deforestation.  And to make matters worse, the deforestation continues at an increasing pace.  Only two countries in the world are losing their forests faster than Cambodia.

An improbable 20% of Cambodia’s land area has been designated as protected to preserve the forests and their related economies, but that means little in a country where there is little knowledge of or respect for law and even less enforcement.  Many of the protected areas have subsequently been sold or leased by the government to big corporations for agriculture or for industrial and commercial development.  The government has been rightly criticized for its contradictory policies and lack of will to create and maintain a sustainable forestry plan.

Some of the direct causes of deforestation are poorly managed commercial logging, the use of wood for cooking by more than 80% of the population, and urban development and the growth of cities and attendant infrastructure.  Other pressures on the forests come from rapid population growth,  inequities in obtaining title to land, a lack of technology and modern farming techniques, and limited job opportunities which drive poor people into the forests to eke out a living.  It is not a pretty picture and only seems to get worse.

[Much of this information comes from Wikipedia.]