Cambodia doesn’t have much that is planned, or maybe better, that is planned well.  A lot of Cambodia’s problems don’t involve rocket science, and indeed, the problems probably wouldn’t be problems if there was planning and forethought to the way cities, society, the country develops.  The government is really weak in those areas, however.

Sidewalks are a case in point.  Almost none of the streets have adequate sidewalks (footpaths, if you’re British) and so in addition to all the tuk-tuks, motorcycles, bicycles, cars, trucks, buses, wagons, and push carts in the street, pedestrians must also fend their way there because the sidewalks are occupied by other things, like parked motorcycles. 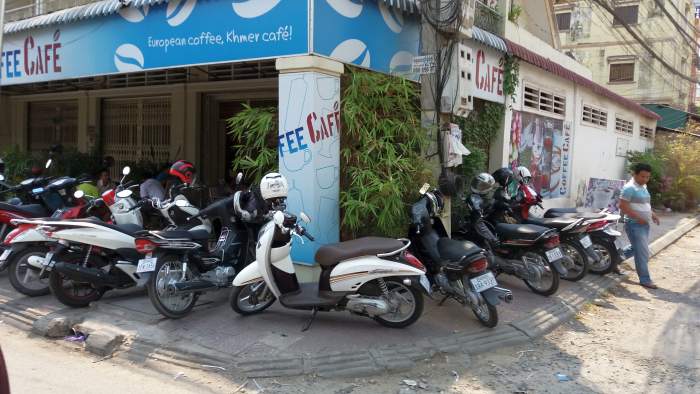 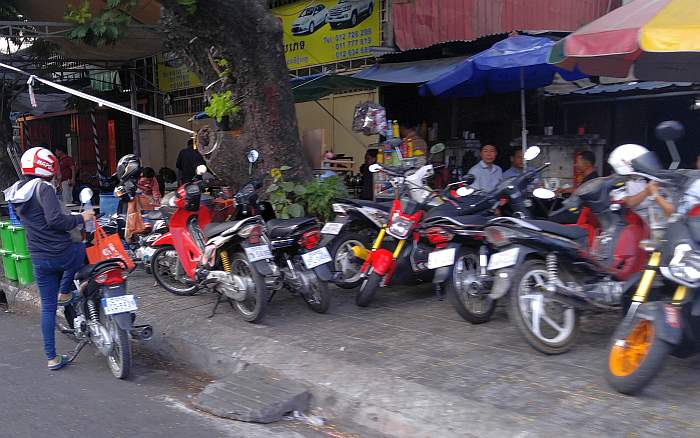 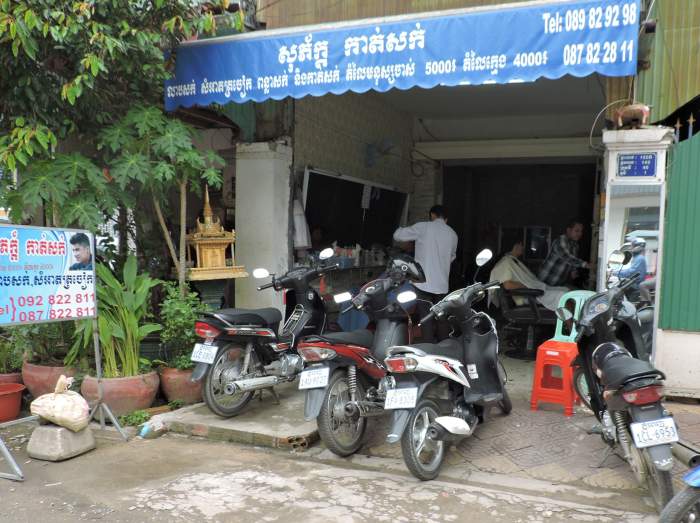 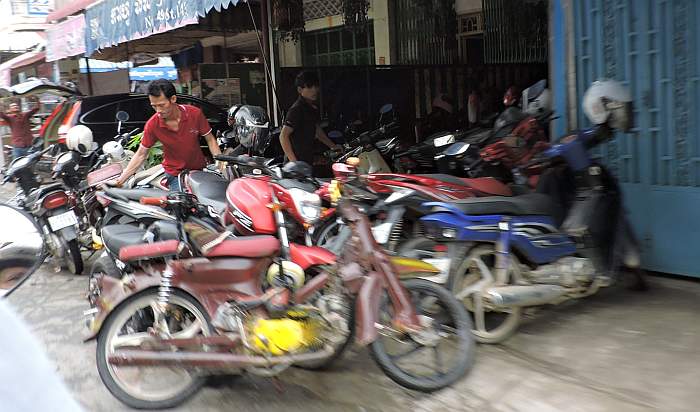 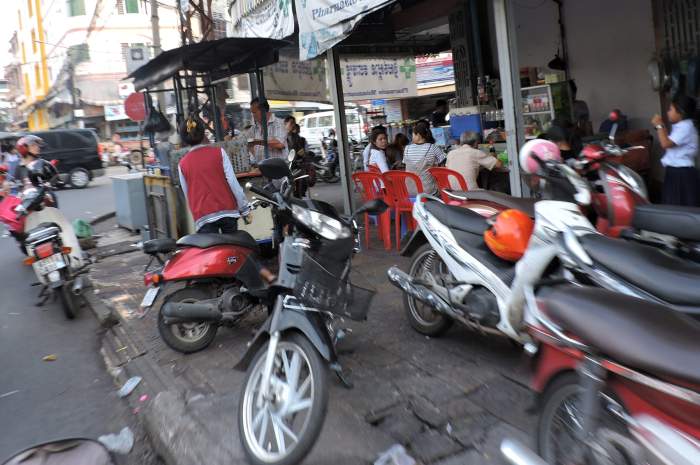 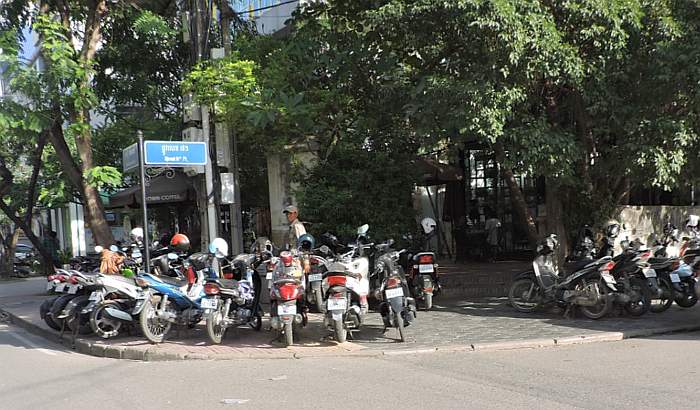 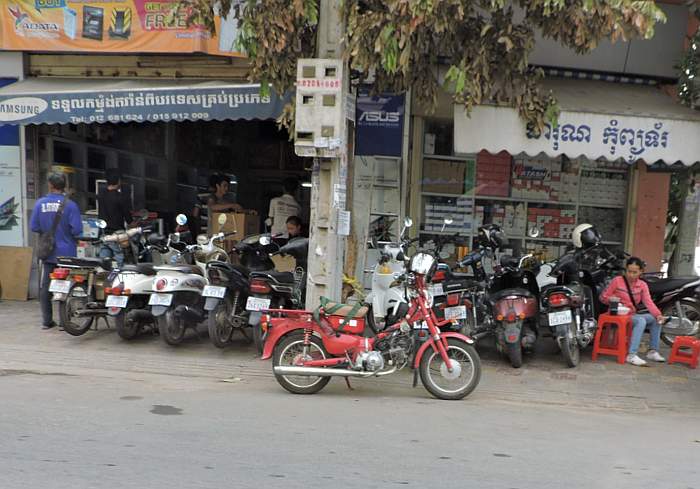