Today was the third full day of meetings.  The morning was spent in discussing collaboration and partnering with other groups.  Then the afternoon saw a report from Fr. Ray Finch, the Maryknoll Society Superior General followed by a closing liturgy and a final banquet. 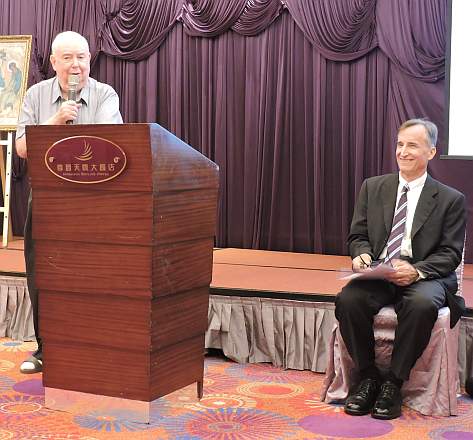 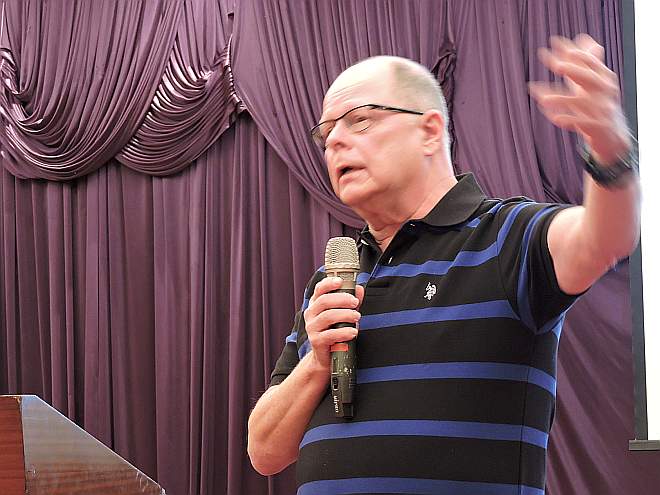 Fr. Joe Thaler spoke about partnering in Nepal where for the past two years he has been directing a major relief effort after the big Nepal earthquakes of 2015. 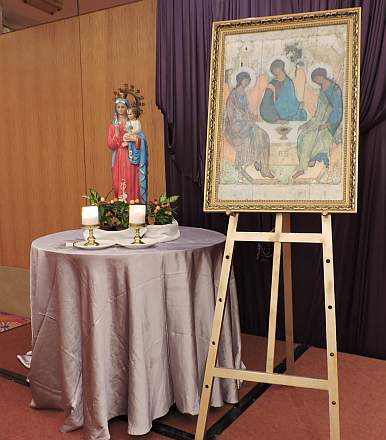 This is a little shrine set up in the meeting room. 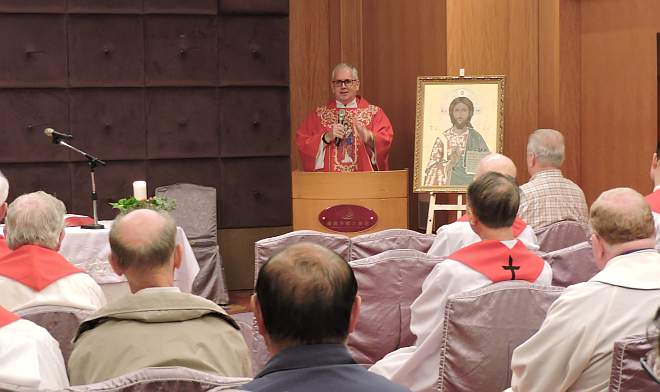 Fr. Brian Barrons, the Asia Regional Superior, presided at the final liturgy for the group after Fr. Ray Finch, the Superior General, gave his presentation.