This was a long day with a lot of driving.  We went to Chuk District in Kampot Province where DDP field workers have set up about ten deaf people to raise pigs and chickens and ducks. 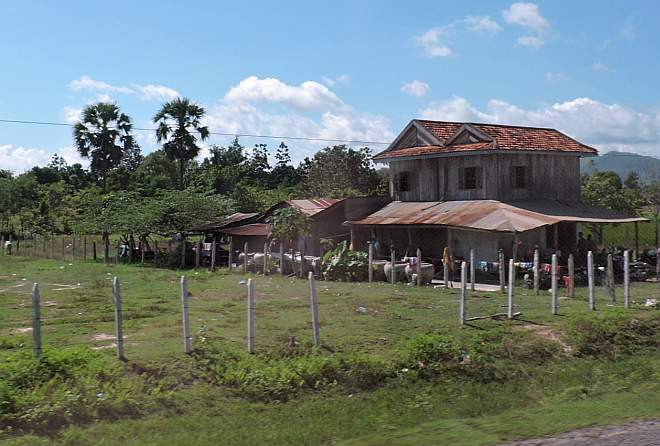 This is a typical house on the way south to Kampot Province.  The house has the traditional wooden structure with the two-peaked roof.  This family is a little better off than many: they live on the road where land is more expensive and they have concrete fence posts rather than wooden posts. 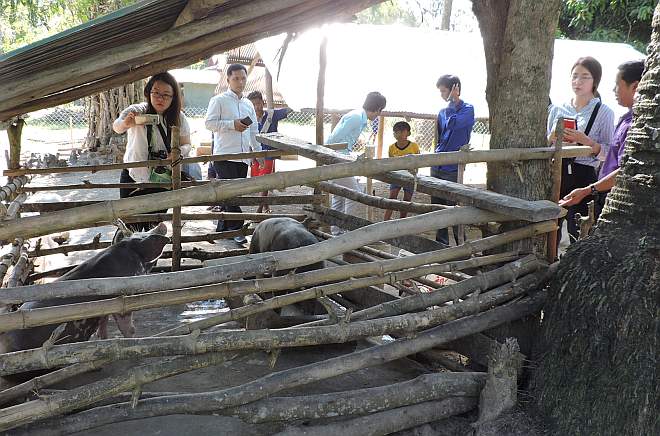 At our first stop the Koreans came face-to-snout with two pigs being raised by a deaf young man.  One Siloam woman took pictures at every stop while the other (right) took notes on discussions with the deaf people and their families. 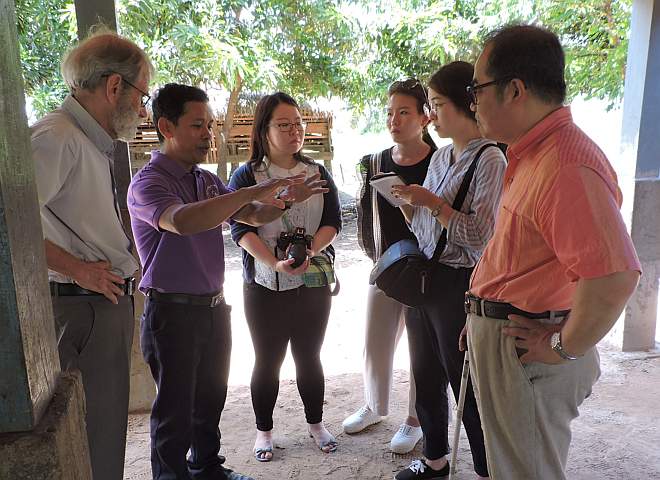 Our Kampot field worker supervisor (purple shirt) explains how DDP works with the deaf people and their families in the animal raising. 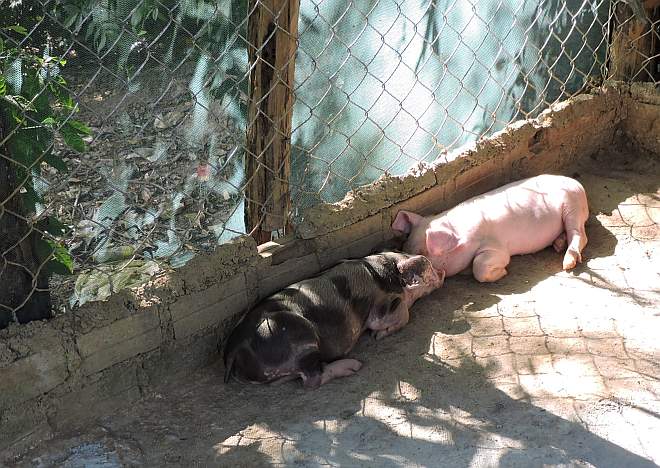 One of the deaf women had two smaller pigs, just recently purchased.  After raising the pigs for several months, the deaf people can sell them for two or three times the purchase price for a piglet.  These piglets were bought from nearby Vietnam because their quality is considered better. 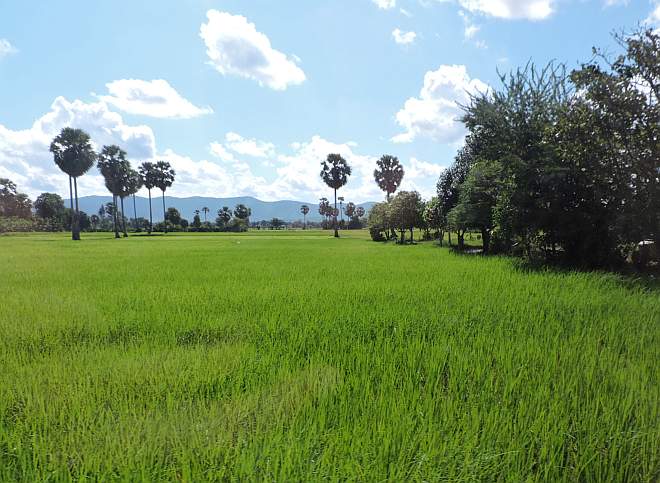 Kampot, a coastal province, gets much more rain than the Phnom Penh area, and it also has a range of hills which are among the highest points in Cambodia.  Here the hills are seen beyond a field of rice and some coconut trees.