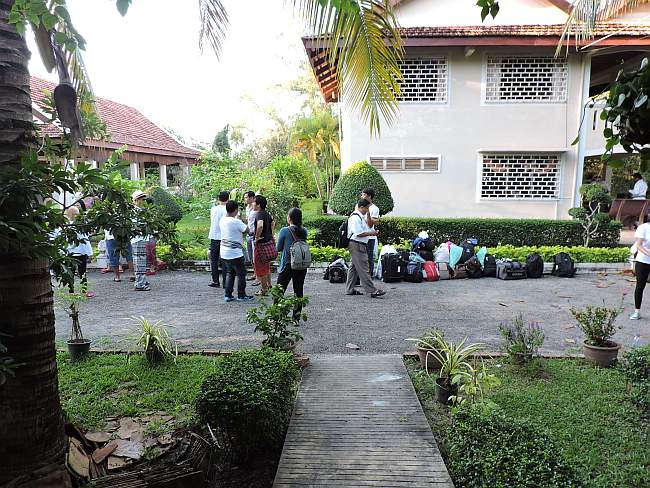 The main purpose of the four days together for the DDP staff was to was to offer input on the values and relationships of the staff and the of the organization, but it was also meant to be a fun time.  In the evenings there were games and music and dancing, but also, on the last day, it was planned to have an outing to the floating village on the Tonle Sap Lake.  After breakfast the buses and vans would go to the lake for a boat trip out to the village, then the staff would eat lunch together on land, and finally they would head back to their home provinces after lunch.  This morning breakfast was a little early and then the staff started to gather with their bags to get on the right buses. 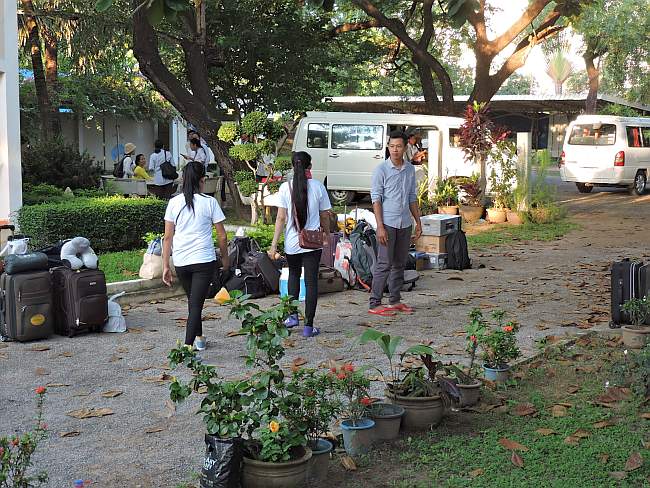 To save time and unnecessary shifting of bags, three buses and vans were arranged for this morning, one for each province.  All three would go to the boat dock and wait for the staff to return from the floating village and go to lunch.  But then when the meal was finished, each of the three vehicles would head directly to their home province. 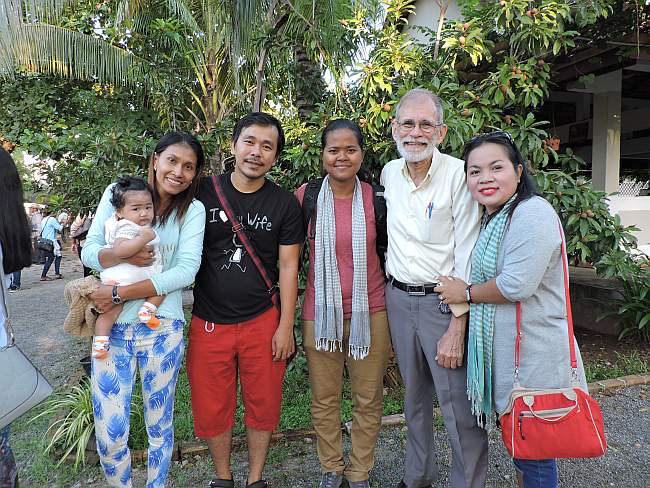 In the last minutes before we departed, many, many photos were taken.  I interpreted that as a good sign that everyone had enjoyed the experience together wanted to remember it.  Here with me are Bo Lika (with the baby), Tay Vannarith, Sreyroth, and Touch Sophy.  I was a bit worried about the baby, just six months old, because everyone wanted to hold her and she was passed around from person to person all day long.  She handled it well, though. 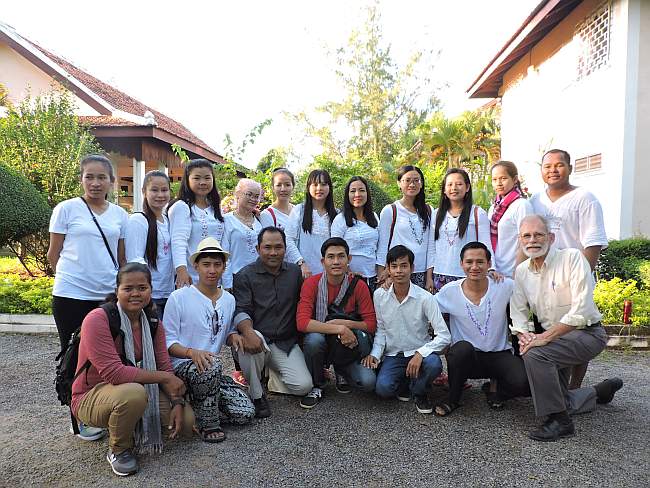 When I looked at this photo, I noted how many of the staff have on the same type of shirt!  I’m guessing they all went to the Siem Reap night market last night and bought similar shirts for the boat trip today. 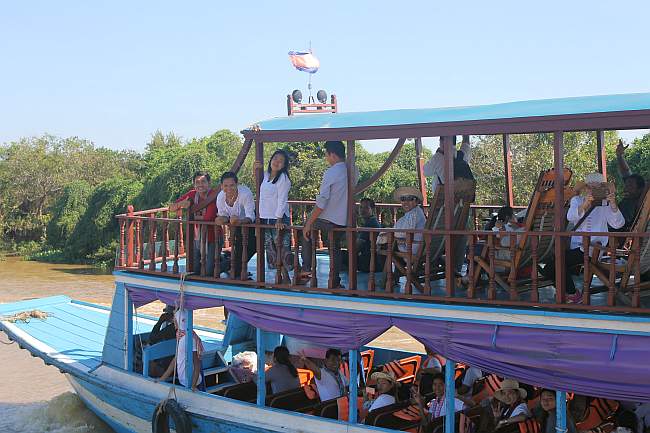 The staff had a really good time on their trip to the floating village on the Tonle Sap Lake.  We had asked the staff what they wanted to do, either to go on a tour of some of the sites at the Angkor Wat complex or go to the floating village or something else, and the boat trip to the village prevailed.  Judging from the positive comments, the staff really appreciated their choice. 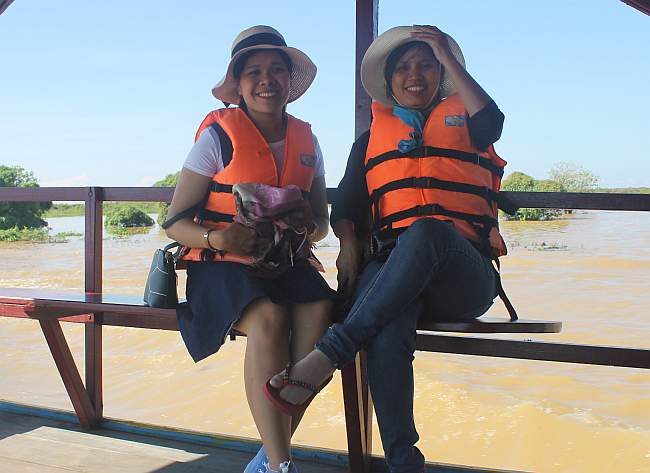 Two of the staff on one of the boats.  We have to be careful in choosing boats to use at different places and at different times in Cambodia because many (most?) have no life jackets or other safety equipment.

Notice the high water levels.  This is the end of the rainy season and the lake is at its highest level.  Actually this week it will start to go down as the rains stop to the north in China and Laos causing the Mekong River to drop.  When the level of the Mekong is below the level of the lake, the lake begins to empty into the river.