Today our Christmas activity in the English-speaking Catholic community started in earnest.  We had our usual Sunday morning mass—with the official Advent theme–but after the mass the Phnom Penh Choral Ensemble provided an acappella concert of Christmas songs and hymns. 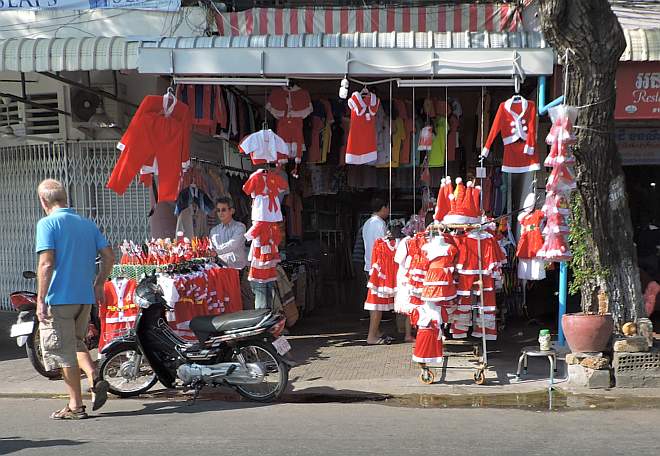 Most Cambodians would not know who Jesus is and certainly would not connect Christmas with him, but the commercial aspects of Christmas have become an increasingly large part of society and so we have merchants displaying seasonal merchandise such as this shop I passed on the way to mass. 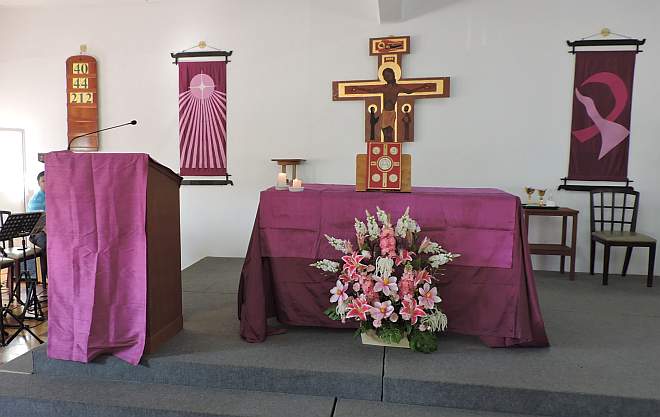 In the church year it is still the season of Advent so our sanctuary has banners and altar coverings with the purple color designated for Advent. 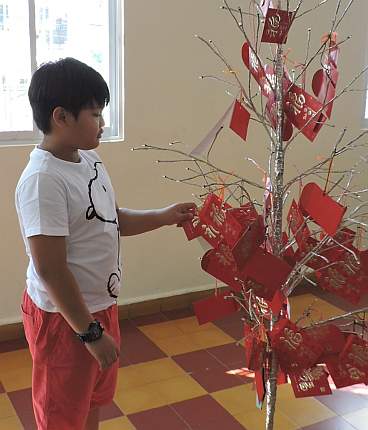 This year, as in several past years, our church community is having a “giving tree.”  We put empty envelopes on a Christmas tree and invite parishioners to take one, put some money in it, and place it in the collection.  In this season of giving, we are designating a program for disabled children as the recipient of the money we raise. 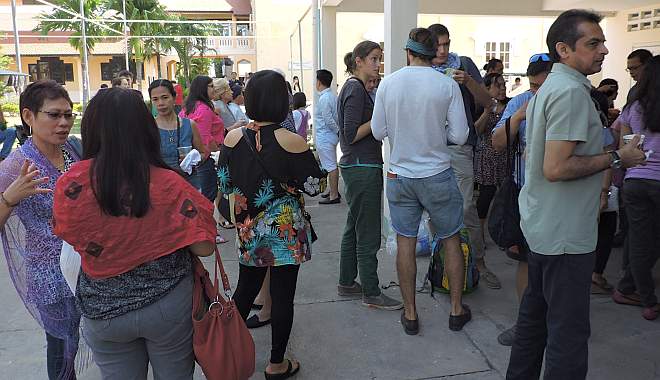 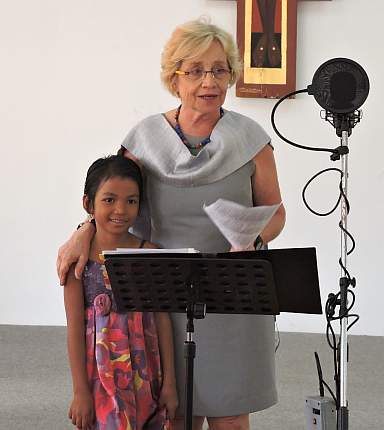 Our Christmas concert was a benefit performance for the Sok Sabay Association, an NGO that helps children who are abused and under threat in various ways.  Before the concert, Marie, the NGO’s founder, spoke a word of welcome to all who had come to support them. 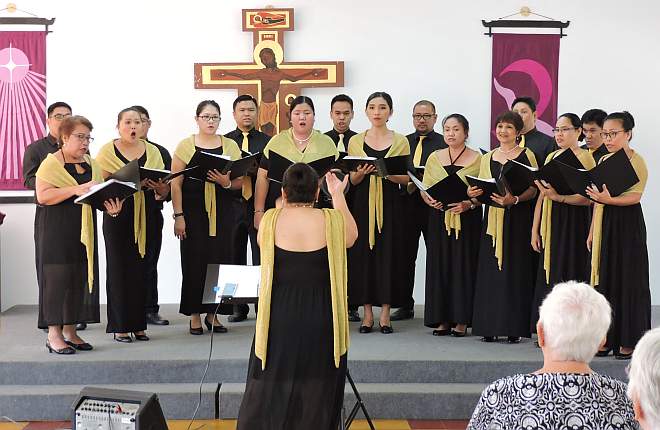 Then the music began.  Most of the members of the Phnom Penh Choral Ensemble are also active in one or both of our choirs and they are quite professional.  Part of Filipino culture is a love of music and a real ability to perform, and the ensemble did a wonderful job. 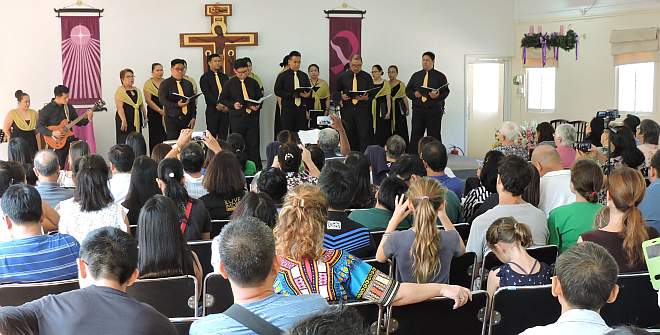 A large crowd came for the Christmas music concert and were not disappointed. 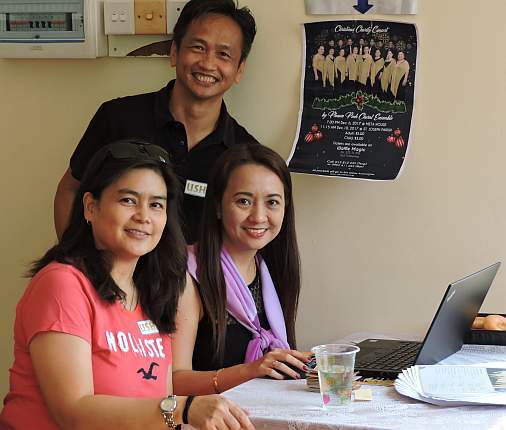 For every serious endeavor like the concert there are the “back office” people who don’t appear on the stage but who make the show possible.  Here are three of the support team for the concert taking tickets at the door.