Two weeks ago the three-week campaigning period for this year’s election began with thousands of party loyalists on the streets in noisy demonstrations and long caravans.  The last two weeks have seen plenty of activity each day, a good part of it from the ruling party members who work for the government.  You won’t find all of them at their desks these weeks!  They are out in the provinces passing out bags of rice and letting people know that if they don’t vote “correctly,” forget the road or clinic or new school for their village.

This past weekend saw a good number of motorcades winding through the streets but another good party of the campaign energy went into setting up platforms and stages throughout the city where unlucky passers-by are bombarded with noise.  These are some of the stages I saw being set up Sunday morning by different parties as I went to the 10:00 AM mass across town. 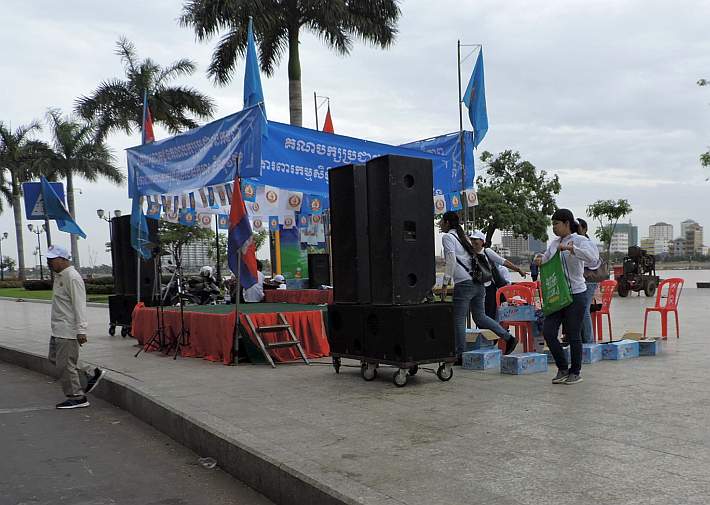 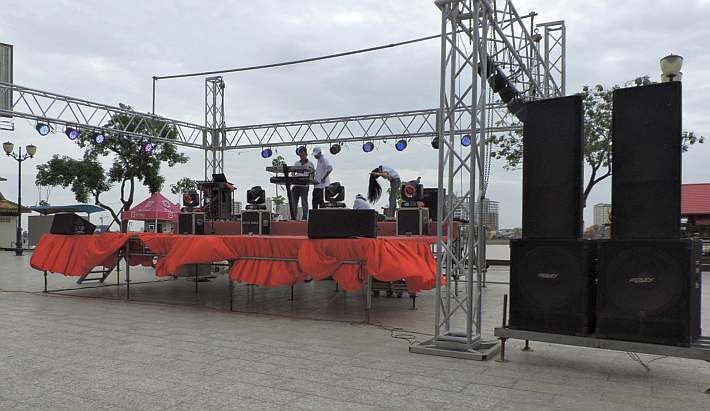 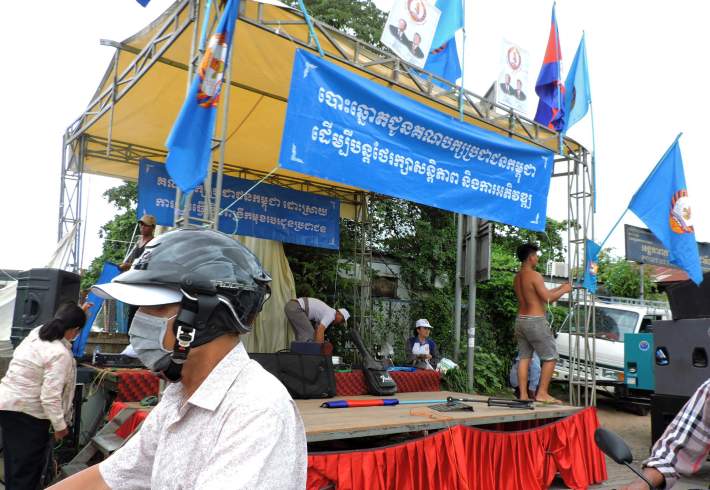 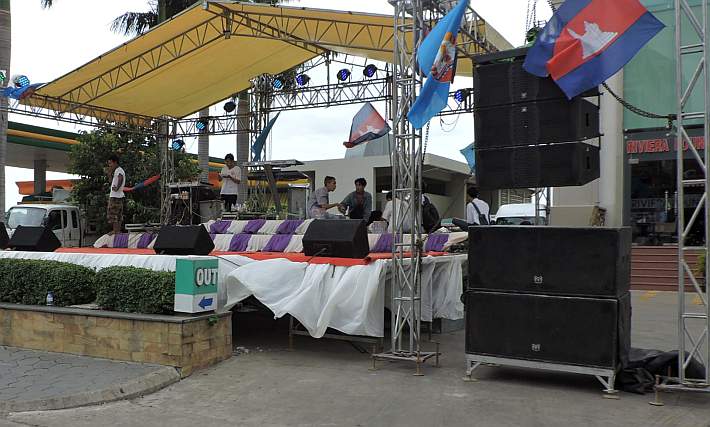