Today is election day in Cambodia.  It’s now 5:31 PM and the polls close in about thirty minutes.  Here are some pictures from today. 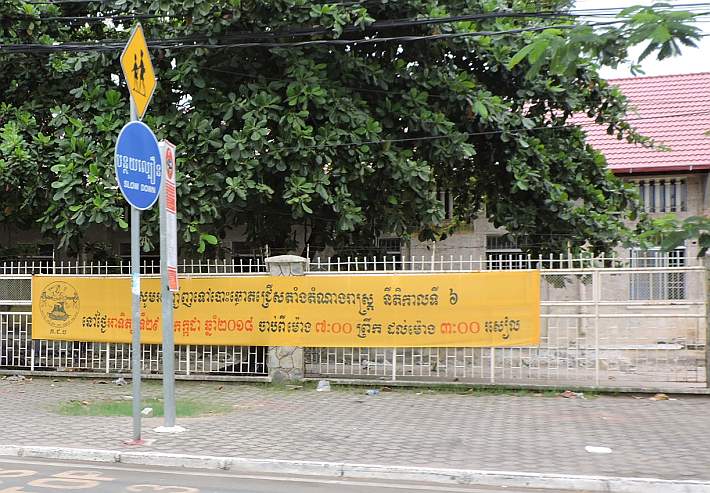 This is the banner that marks a polling place.  This one is in front of a government school. 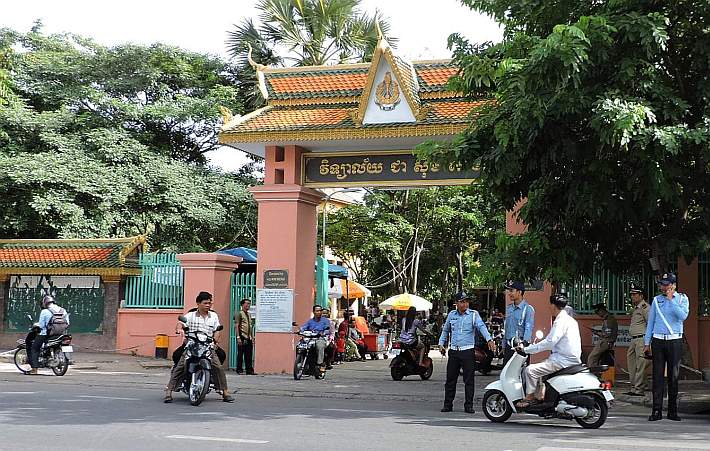 The police were out in front of this school and other polling places when I went across town for mass this morning. 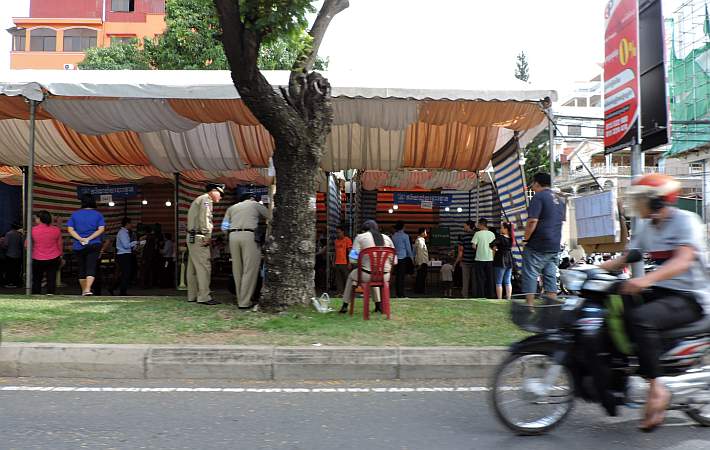 This polling place is a tent set up in the street!  Grrr….  It is SO stupid to block streets in Phnom Penh or anywhere in the country but it is done constantly for weddings, funerals, and now for voting.  The westbound lanes of a divided boulevard are totally blocked.  There’s no need for that when Phnom Penh has humongous traffic problems. 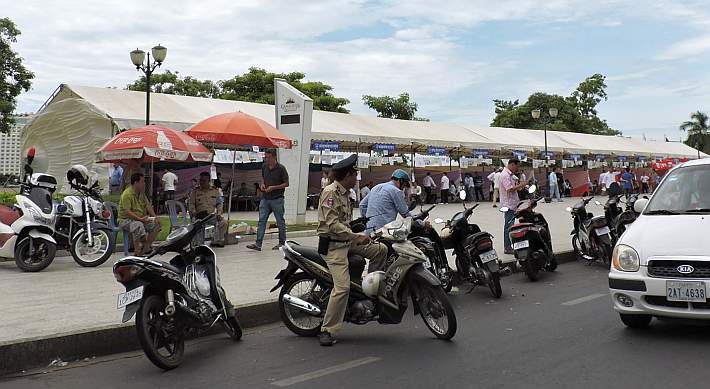 This is another polling station–and another tent–but this one is set up on a broad belvedere along the riverfront.  Wonderful!  That makes sense, it gets the job done, and it doesn’t bother anyone! 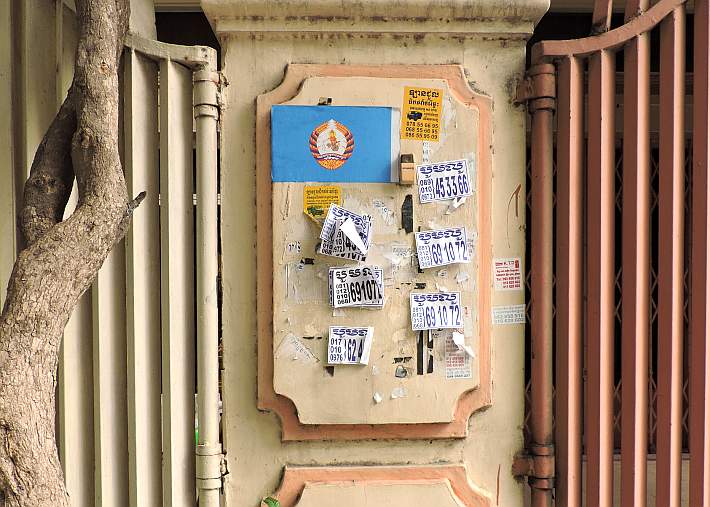 There is no chance the ruling party–the CPP, the Cambodian People’s Party–will lose the election.  They were scared silly five years ago when the CNRP, the main opposition party, got 40+% of the vote, so last November to make sure there’s no more of that silliness, the CPP had the CNRP ruled illegal, dissolved the party, and imprisoned or forced into exile the CNRP leaders.  The CPP has always done what it wants and engages in all sorts of things that would be illegal in other countries.  Previous posts showed CPP signs set up on public property and because they have lots of money, the CPP goes around and sticks a long-lasting sticker like the blue one above on just about every house in a neighborhood.  They don’t ask, they just put them up, and I suspect many people are afraid to report or complain about the vandalism because you get on the wrong side of the CPP and it could be bad, even deadly. 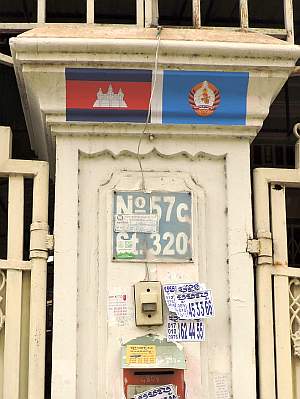 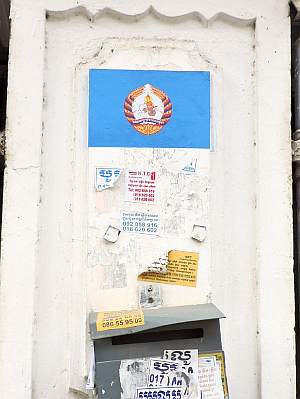 Here are two more examples of the CPP stickers on gateposts on houses on our street. 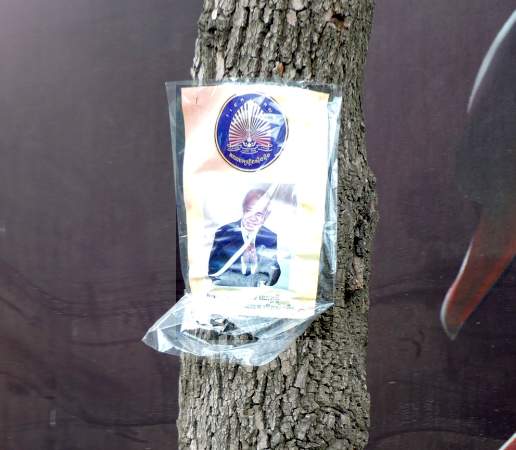 One of the opposition parties had the temerity–and enough money–to put up a few posters, but they secured them gently to trees, etc., where they could be easily removed.

One other negative effect of the voting process, in addition to the CPP vandalism, is the trash left on the city streets when we have a three-day holiday. 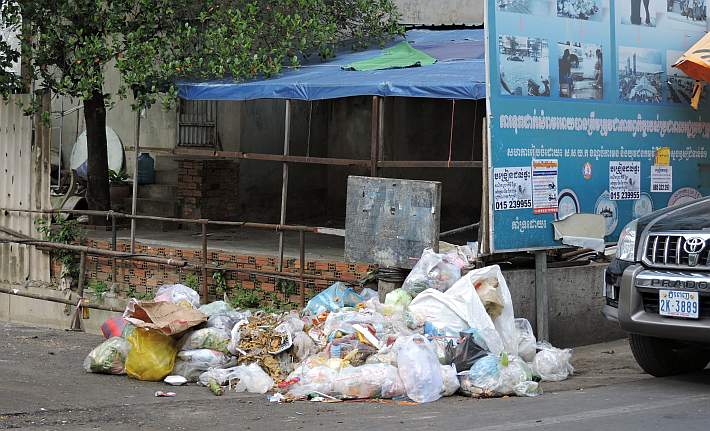