The second Asia Lay Mission Forum began on Thursday as people arrived from eleven different mission countries in Asia.  The formal program began in late afternoon after most had arrived. 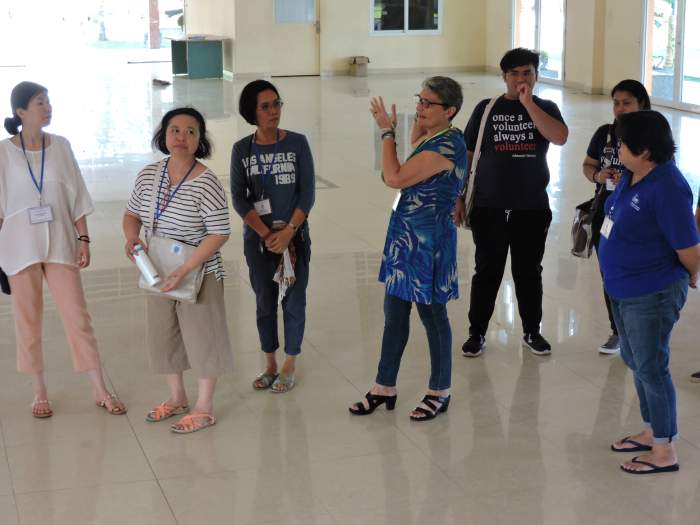 When most people had arrived, there was a tour of the Catholic church compound in Phnom Penh Thmey where the forum was held.  It has a variety of meeting rooms and halls and sleeping rooms for thirty or forty people.  Here Cristina Togni explains the uses of the main big hall. 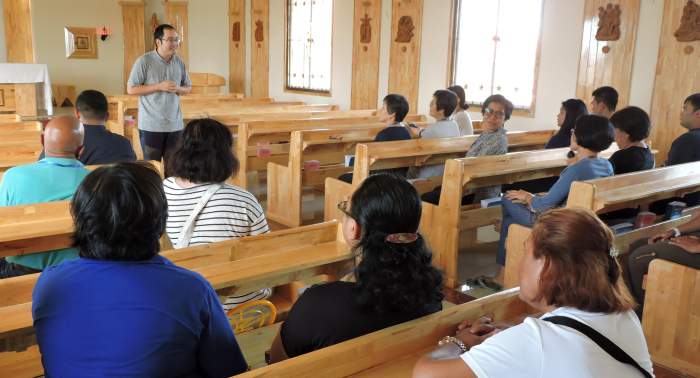 Then it was on to the newest part of the compound, a church complex built by the Korean Catholic community.  Here one of the Korean Jesuits explains how they use their building. 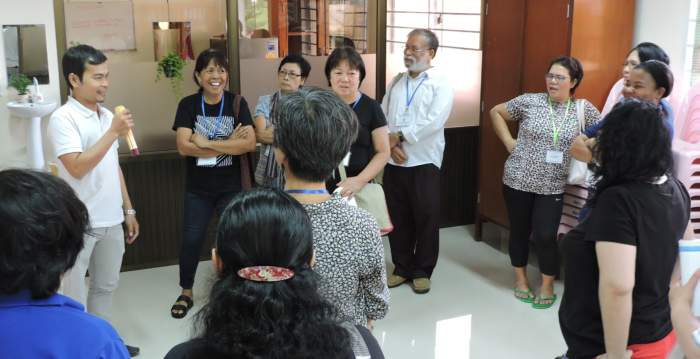 On a lower floor of the Korean building is an ear clinic.  It started as a program of Jesuit Services Cambodia but is now an NGO.  Its doctor director is explaining what they do in their program. 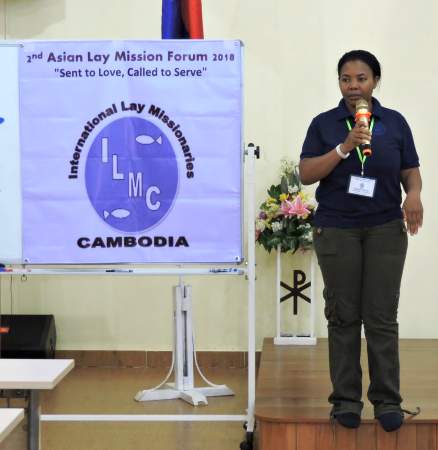 Finally it was time to get everyone together formally and Yessica welcomed the group. 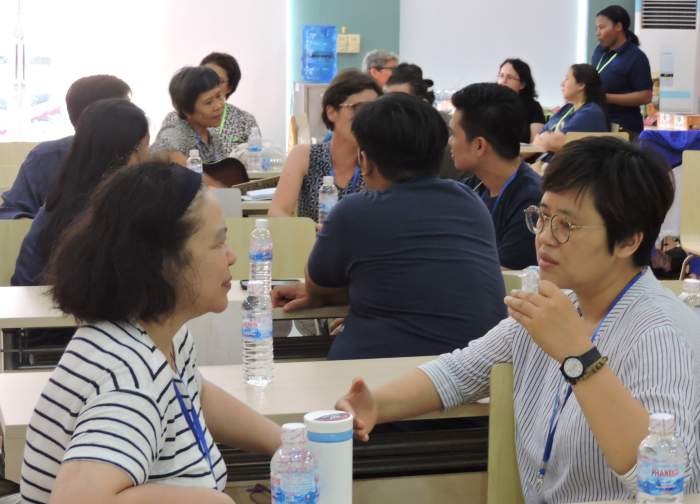 Following Yessica’s welcome, there was time for the participants to introduce themselves to each other.  There were about 45 lay missioners, from seventeen different nationalities, and they work in eleven mission countries in Asia. 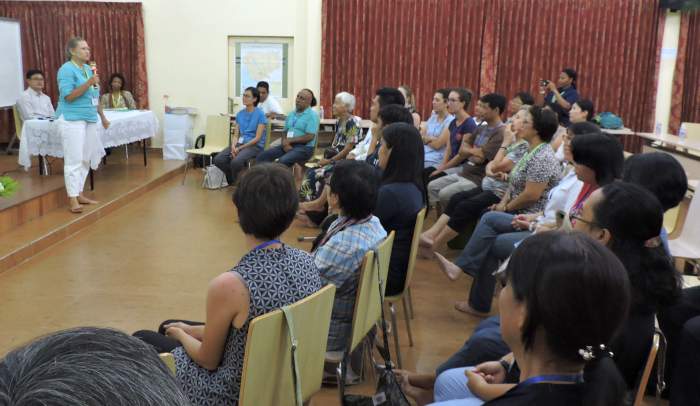 Sami Scott then explained some of the scheduling and the rules and expectations for the next four days.

To finish up the evening there were a couple games in the main hall.  Here different teams kick paper “footballs” (a nod to the World Cup competition now going on in Russia) in an attempt to see whcih team could navigate the football pitch the fastest.

Then it was time to retire for the first day.